The Meandering Epicurist: Our Man About Town Shares His Latest Findings There is nothing more exquisitely indulgent than caviar. With or without vodka, or perhaps a bone-dry Champagne.

But sturgeon, like so many fish species, has been over-fished and is endangered in many places. So I was delighted to meet Dr. Cornel Ceapa, president and founder of Acadian Sturgeon and Caviar, at a Toronto trade show. I discovered that I can now indulge without guilt!

Just over 15 year ago and not long after he graduated with a PhD in sturgeon biology, Cornel was looking for the perfect place to pursue his passion. He found it in the beautiful Saint John River in New Brunswick.

With his wife Dorina and son Michael, Cornel set out producing sturgeon and caviar from the two local Canadian East Coast sturgeon species: The Atlantic and the shortnose. Founded in 2008, their site is now the only wild sturgeon fishery certified as sustainable by Ocean Wise.

And it’s not just caviar. Every part of the sturgeon is used. And to further boost sustainability, the family has begun to develop broodstock of both species in a CITES-registered captive breeding program at their hatchery.

What’s more, a land-based, grow-out sturgeon farm enables the Ceapas to conduct research and development, as well as providing a gene bank for both species.

But what of their caviar? I started with what Cornel terms his entry-level product: The Acadian Golden from the shortnose sturgeon. It was wonderfully flavourful with a lovely mouth feel. Then onto the Acadian Green, which had a richer, deeper flavour. But the Acadian Wild was my favourite. This is an intensely rich caviar. Money no object, I would eat this every day—without guilt. 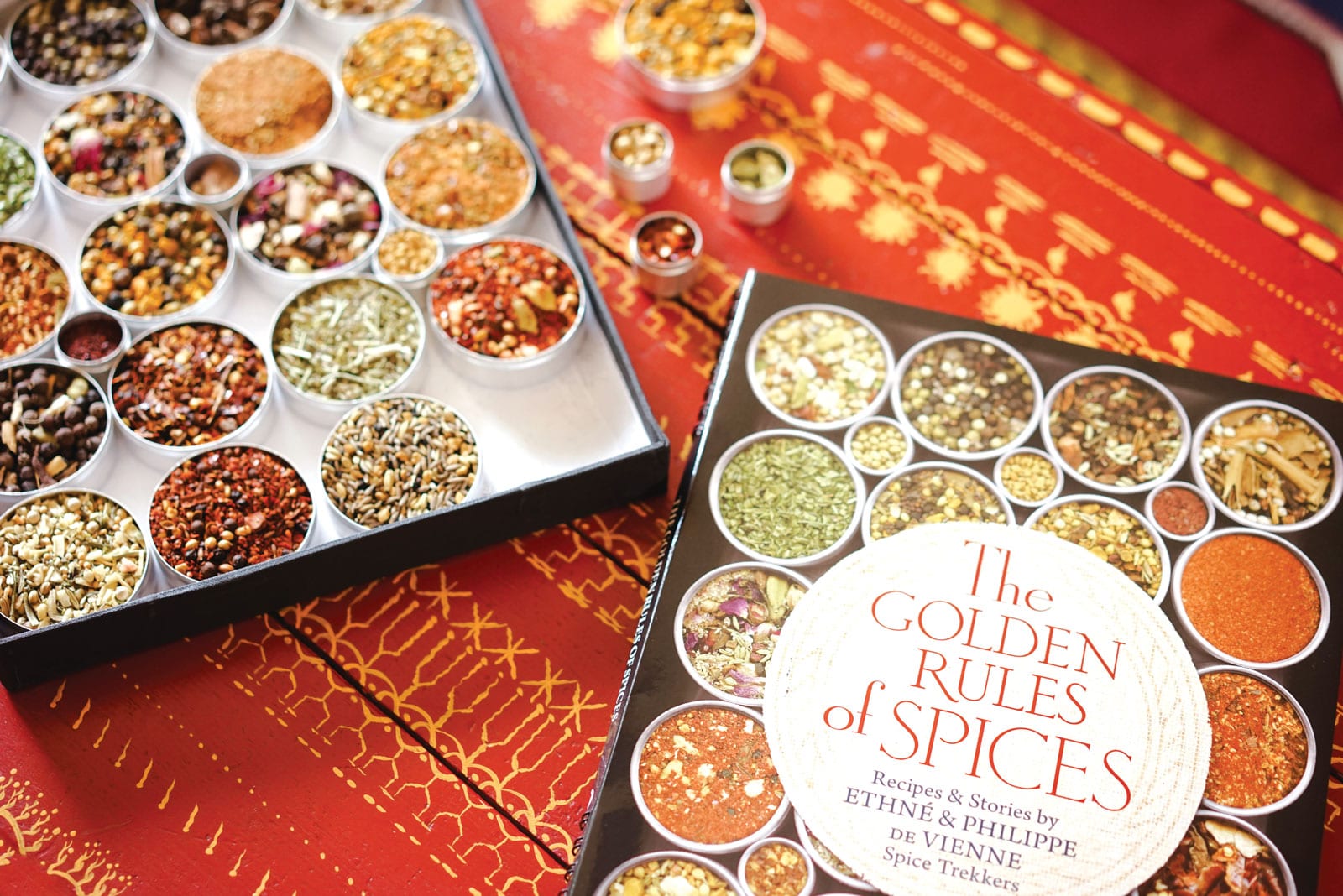 Ethné de Vienne is the co-owner of Épices de Cru, with chef husband Philippe. They are on a mission to bring the world the very finest spices. They’ve travelled to some of the remotest corners of the globe to find where they grow the best. And they talk to the growers of these wondrous spices and learn their recipes, which have been handed down and perfected by generations.

“We’re Toronto’s best kept secret,” Ethné tells me. They have a loyal mail-order fan base in Toronto, but are better known in the UK. So what does Michelin-starred restaurateur Hester Blumenthal, one of their clients, know that we don’t? Simple: There’s a key difference between taste and flavour. Spices, they tell, me won’t change a taste—just the flavour.

I have always approached spices with trepidation. My wife’s grandmother would send us her Indian vindaloo mixture. I had an entirely rational concern that the RCMP would bang on our door in the middle of the night and charge us with importing volatile explosives.

Ethné and Philippe have ingeniously solved my apprehension with two of their books: The Spice Trekkers Cook at Home and The Golden Rules of Spices. The latter includes photographs and stories of their travels of discovery. Not only have they documented their recipes, including cooking techniques, but each wonderfully illustrated book comes with its own complete spice kit. It’s a brilliant idea.

Their claim that their books and spices will, with practise, make cooking with spices easy and logical is no marketing puffery. This actually works and I find it thrilling to experiment. These books would make great gifts for foodie friends. Move over, Heston.

MALFY Gin and The Gin Spa The Gin Spa in Glasgow is an idea that’s time has come. I stumbled on this bijou destination after a day of exploring this reinvented city. The spa, which features juniper and related botanicals, is the brainchild of the owner of the appropriately named Gin 71 bar and restaurant in the same plaza. My masseuse’s magic hands soon eased my tired muscles and I almost fell asleep. Luckily, I was revived by a soothing drink of No. 1 Juniper Water with extract authenticated by the world-famous Kew Gardens.

And there was more! A cart overloaded with different gins was wheeled out. Oh, the agony of choice. I settled on a brand I had never seen before: MALFY. A large glass of MALFY Rosa with a Fever Tree Sicilian Lemon tonic water appeared.

This pink-tinged premium gin, I learned, is made from the peel of Sicilian pink grapefruit with lemon and coriander. The Mediterranean sun clearly brings out a warm, understated citrus flavour that’s balanced by Tuscan juniper. The lemon tonic adds a lively zest, but never overpowers it. This, I muse to myself, would make the perfect summer drink on a hot Toronto day. If only.

I was then surprised but delighted to find that, as of July 1st, MALFY has been available in Canada. In a crowded gin market, the Rosa and its stablemates are a welcome addition.

Oh, and could someone please copy The Gin Spa this side of the Atlantic?

I readily admit to a sweet tooth. But how to indulge sensibly? I recently discovered an answer: Delicious nut-paste truffles from Delices Lacasse in Montreal. They are gluten free, trans-fat free, low in sugar and brimming with omega 3. But forget the healthy stuff—they’re also a real treat. Beautifully packaged in elegant, ribbon-wrapped boxes, these colourful truffles (made from walnuts and pecans) brim with fruit flavours. And the fine granular texture adds a new dimension. I couldn’t get enough of them—particularly my favourites, cranberry, rooibos, mango and maple.

I’m told that the recipes for these truffles came from a Mexican Canadian woman who, for many years, ran a tiny store in Laval, Quebec. And she, in turn, adapted an ancient Aztec recipe.