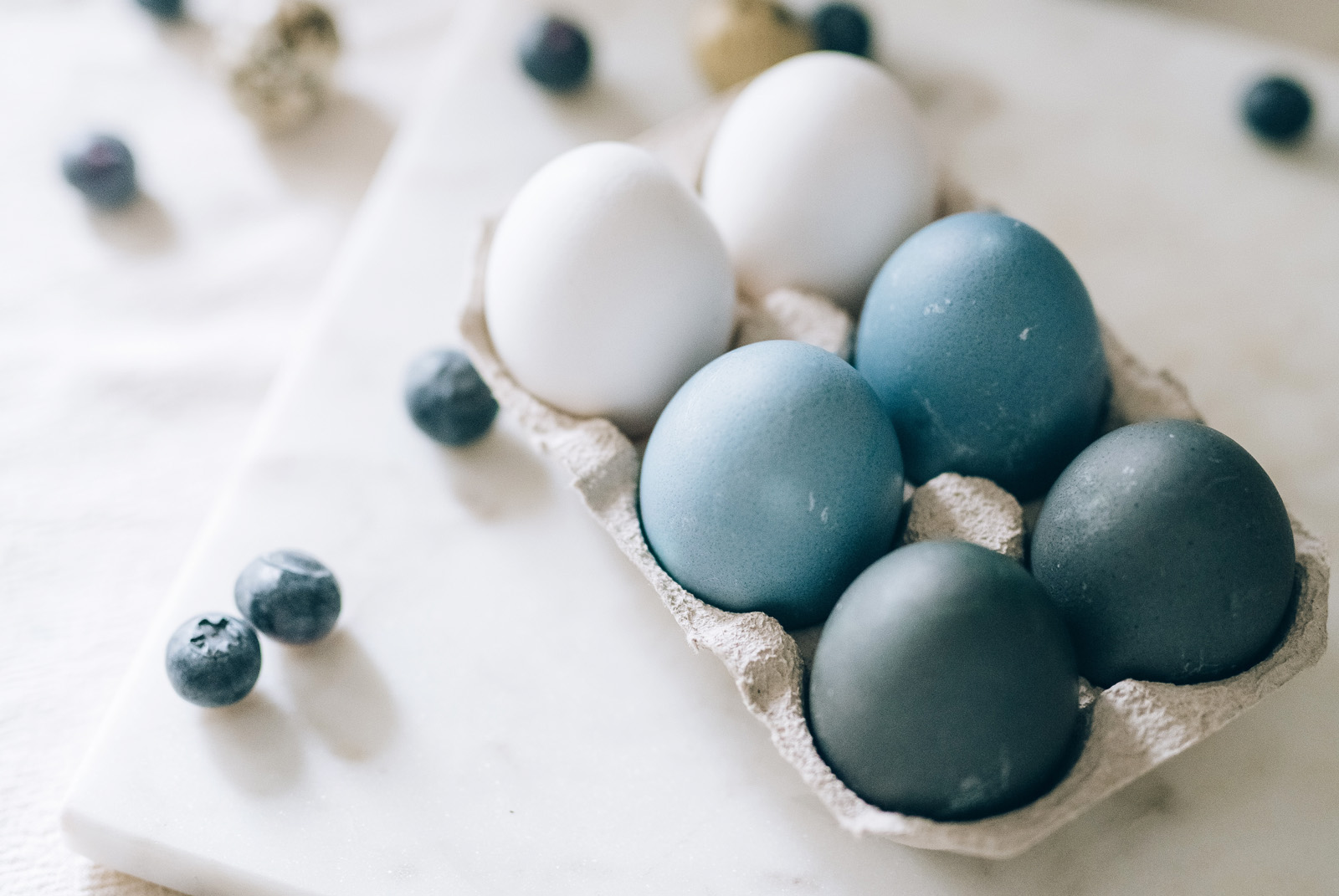 St Lawrence Market—Sunrise Farm Eggs
Six in the morning on a Saturday is no time to go shopping, unless of course you are looking for the freshest of eggs. Those in the know head to the tiny table in the lower market piled high with just-laid eggs. Get there first for prized Friday’s eggs. A discreet ‘F’ on the box denotes the almost still-warm eggs from the chicken. Free-range, organic, antibiotic and hormone-free, these larger than life eggs hail from a Mennonite farm in Wallenstein, Ontario.

During a recent sunrise jaunt, I spotted a few cartons of duck eggs. Curious, I opted to try a dozen. I’m now hooked but as predicted, they usually sell out quickly.

Ducks eggs are larger than the more familiar chicken eggs. They are white or bluish in colour and without that lovely brown shell of a chicken egg. But like the famous golden egg, what’s inside is the key. Richly flavourful and creamier, duck eggs have less water, more fat and a larger yolk-to-white ratio. Many bakers claim using them results in baked goods that are more moist and fluffier.

Plus, there are also all manner of health benefits ranging from bonus antioxidants, more omega-3 fatty acids and 50 per cent higher vitamin A. Some pundits go so far as to claim these eggs contribute to improved mental health because of their abundant levels of zinc, magnesium, and selenium.

That’s all well and good but I now crave them because they’re simply an ‘eggier’ tasting egg. 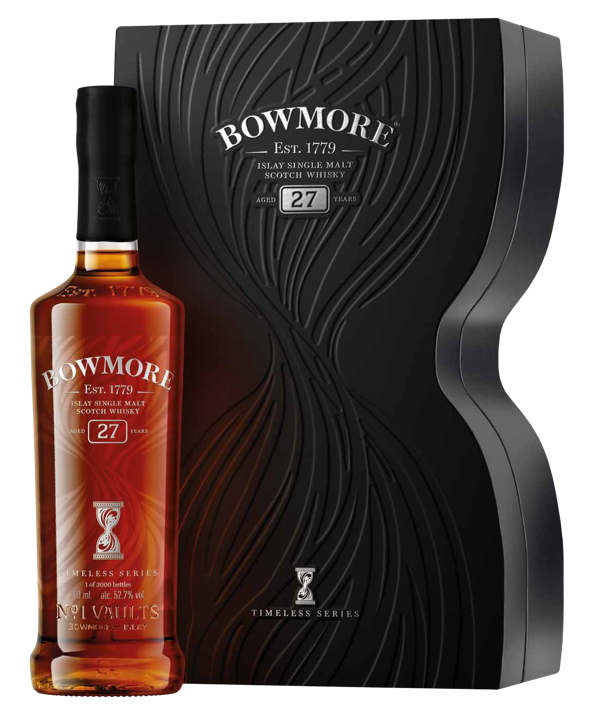 Bowmore Timeless
A few years ago, I visited the picturesque island of Islay and the town of Bowmore after which the distillery takes its name. Propping up the tasting bar, I joyfully sipped a fine selection of their aged malt whisky’s, particularly taken with their highly awarded 18-year-old.

Recently I came upon their 27- and 31-year old scotches in what Bowmore calls its “Timeless” series. Each bottle, as befits the stratospheric price, is packaged in a unique, black hourglass shaped box complete with its own three-minute hourglass. Apparently, the 3 minutes represents the time Bowmore suggests you spend nosing their exceptional malts. It would be sacrilege to rush it.

The LCBO has a listing for the 27-year-old at $2,300 plus 20c deposit. Fortunately for my Homefront editor’s expense account there is no stock left. Great Pity. 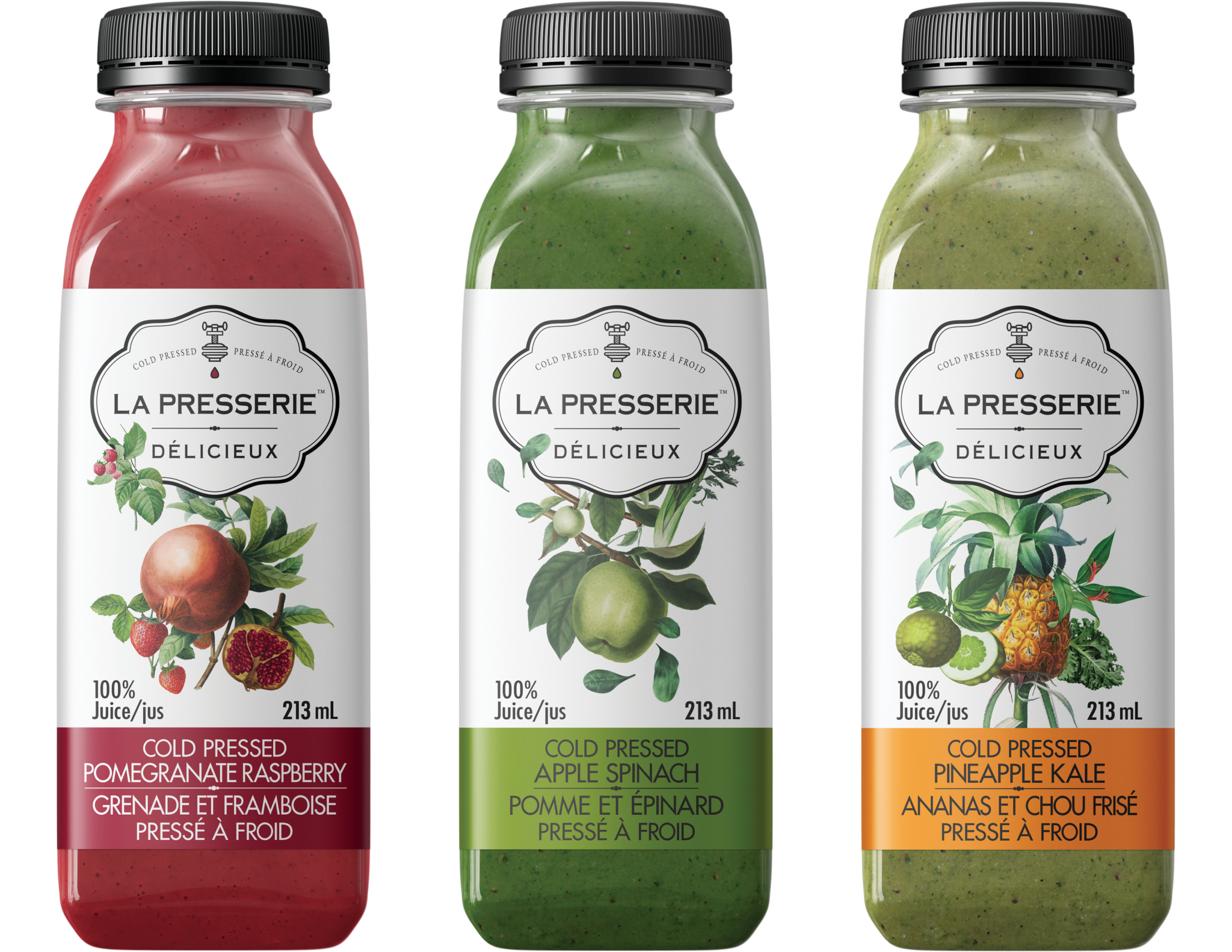 La Presserie
My inborn omnivorism causes me to cast a wary eye on many a food trend. Raw plant-based foods tend to leave my palate cold: Pun intended. That was until I tried the remarkable plant-based salad dressings and juices from Toronto-based La Presserie.

First, lets talk salad dressing. La Presserie’s Blueberry and Mustard is assertive with a nice balance between its fruitiness and piquant mustard. Dress with their Strawberry Balsamic for a complimentary balance between the astringency of balsamic vinegar and fresh strawberries. Similarly, the Pomegranate Orange brings that same fruit-acid yin and yang. My close-run favourite, Thai Mango sets the richness of mango against an enlivening spicy-sour taste.

In addition to the taste bud tickling liveliness of these dressings, I can’t help but remark on what’s not in them. They’re full on raw fruit and veg: no additives, no sugar, no preservatives, and never cooked. A look  at the ingredients shows imaginative variety—a few that caught my eye; Canadian maple syrup, red chilli peppers, distilled whisky, honey and pink Himalayan salt.

La Presserie scores again in the juice category. Their blends are as inventive as they are lively. Pineapple Grapefruit has a citrusy aroma bursting with freshness and vibrant acidity with a tincture of mint on the finish. Orange Passion Fruit with maple syrup has a tangy orange flavour lifted with higher notes of passion fruit and a touch of understated sweetness. The pulp gives it depth. Pink Lemonade is their “kid-inspired” cold-pressed juice with apple, pineapple, lemon and beet juice—citrus forward with a refreshing zing. 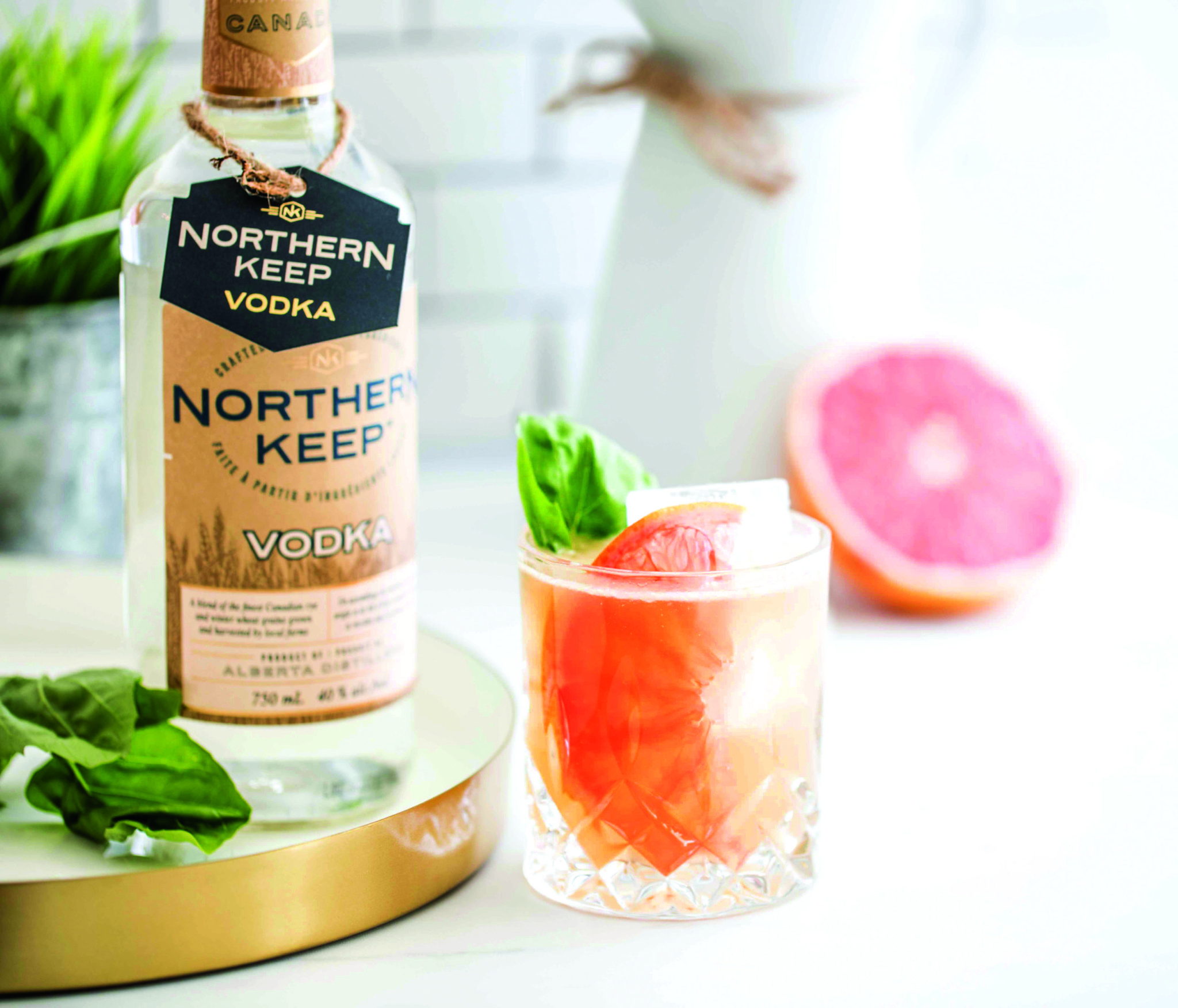 Northern Keep Vodka
In our popular imagination, Alberta doesn’t rush to mind as a spot to discover craft distilling or environmentalism. But perhaps it should now that Northern Keep is on the scene. After all, for each bottle sold Northern Keep contributes to the Nature Conservancy of Canada. I felt duty bound to do my bit and try it out.

Alberta Keep, part of Alberta Distilleries founded in 1946, has become one of the largest distillers of Rye Whiskey anywhere. Northern Keep is their foray into craft distilling with five times distilled 70% local rye and 30% winter wheat.

My tactic was a more or less scientific side by side taste test against a well-known commercial brand. While both had a fleeting nose of acetone, Northern Keep went on to develop some clean citrusy notes followed on the palate by smooth citrus and a tincture of herbs. By contrast, the more readily available vodka was noticeably less smooth. With Fever Tree Elderflower tonic, I found Northern Keep harmonized and complimented the tonic bringing out subtleties not present in my taste test vodka. The difference side by side was understated but significant: a smoothness and touch of sweetness. I think I could enjoy this Alberta environmentalism! Lai Wah Heen—at home
Sizzling hot and steaming, seconds after leaving a wok in a kitchen that could pass for Dante’s inferno, is the way Chinese food should be served, with the intense heat unleashing its mouth-watering flavours.

In these lock-downed times, friends recommended classic Cantonese Lobster with Ginger and Scallion—in a meal kit no less. Right on time, two containers arrived from the chefs at Lai Wah Heen. Each had a half lobster sliced down the middle and partially pre-cooked. (Advertised as 2lb of lobster, they weighed in at a generous 2.4 lbs.) Also in our kit were packages of spring onions, finely diced garlic and roughly cut ginger. Two small tubs held our chicken stock, oyster sauce and rice wine sauce.

Prep was a snap and certainly nothing I couldn’t handle with ease. Flash stir fry the onions, garlic and ginger in hot oil. Then, pop in the lobster and sauce. Despite the remarkably short cooking time our end result was intensely flavourful. 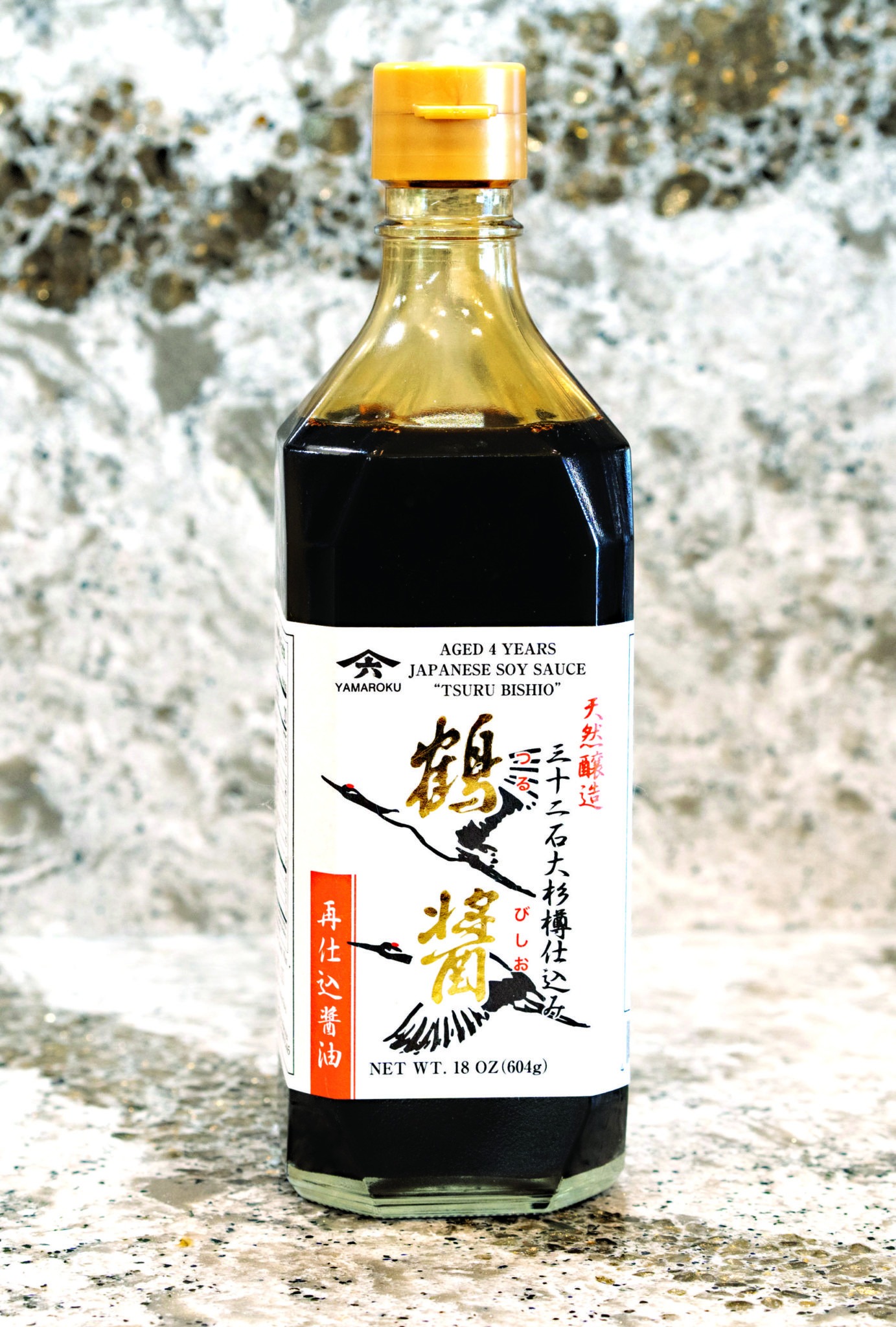 Yamaroku Tsuru Bishio
Vancouver’s celebrated Chef Tojo leaned over the sushi counter, fixed me with a stern gaze and growled “NO. SOY. SAUCE!” A man with a razor-sharp sushi knife is not to be brooked. Delicate flavours can be overpowered. However, soy sauce has been an indispensable element in Japanese and Chinese food for over 2,000 years.

What lurks in those ubiquitous take out sachets does not do justice to ancient historical provenance with its overpowering saltiness that grabs and shakes you by the lapels. Not so Yamaroku soy sauce.

On Hodo Island, in the Seto Inland Sea, famous for its soy sauce production, Yasuo Yamamoto, manages his family’s traditional brewery—it has been in his family for five generations. Yamaroku soy sauce is aged for four years in 1587-gallon traditional kioke wooden barrels. The interaction of the microorganisms in the kioke delivers a remarkable deep mellow umami flavour that imparts a wonderful rounded warm enhancement to food. Sorry Mr. Tojo. 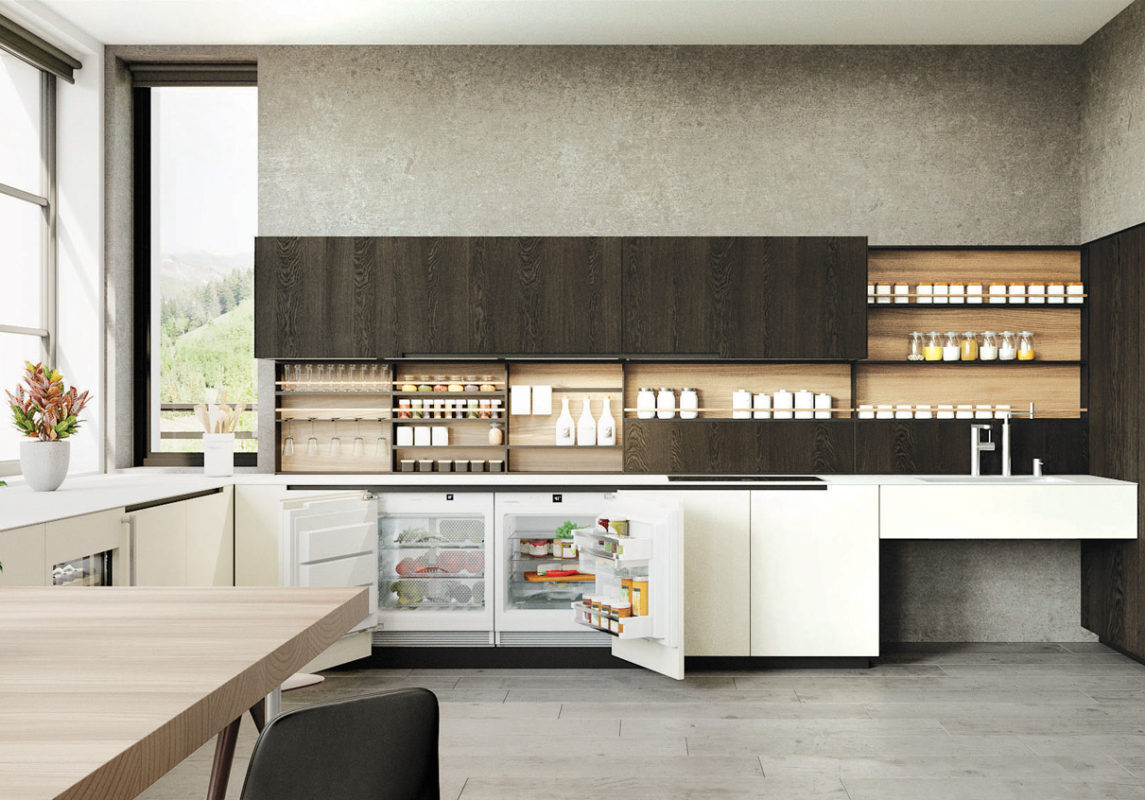 By Mark Eglington
Join the “visitability” movement to add accessible features to new homes to make life easier for everyone. Find peace and serenity in your bathroom with light, natural materials and living plants.

When it comes to cultivating wellness through mindful experiences, what could be better than a run through British Columbia’s old-growth rainforests?

Castello Del Nero’s much-awaited Shambhala Wellness Retreat has finally opened its doors. A taste of Tuscany at its finest. 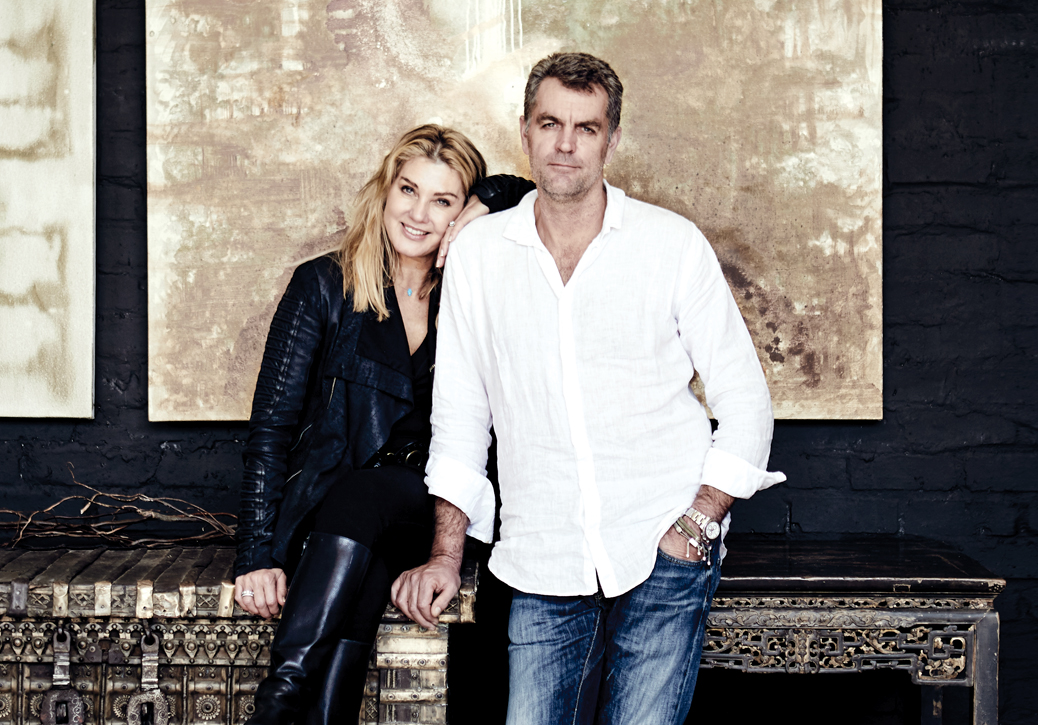 A hand-built studio-like space, tucked into a tree-filled mountain, proved to be the perfect home for South African fashion designer Jenni Button to rediscover her passion for painting.