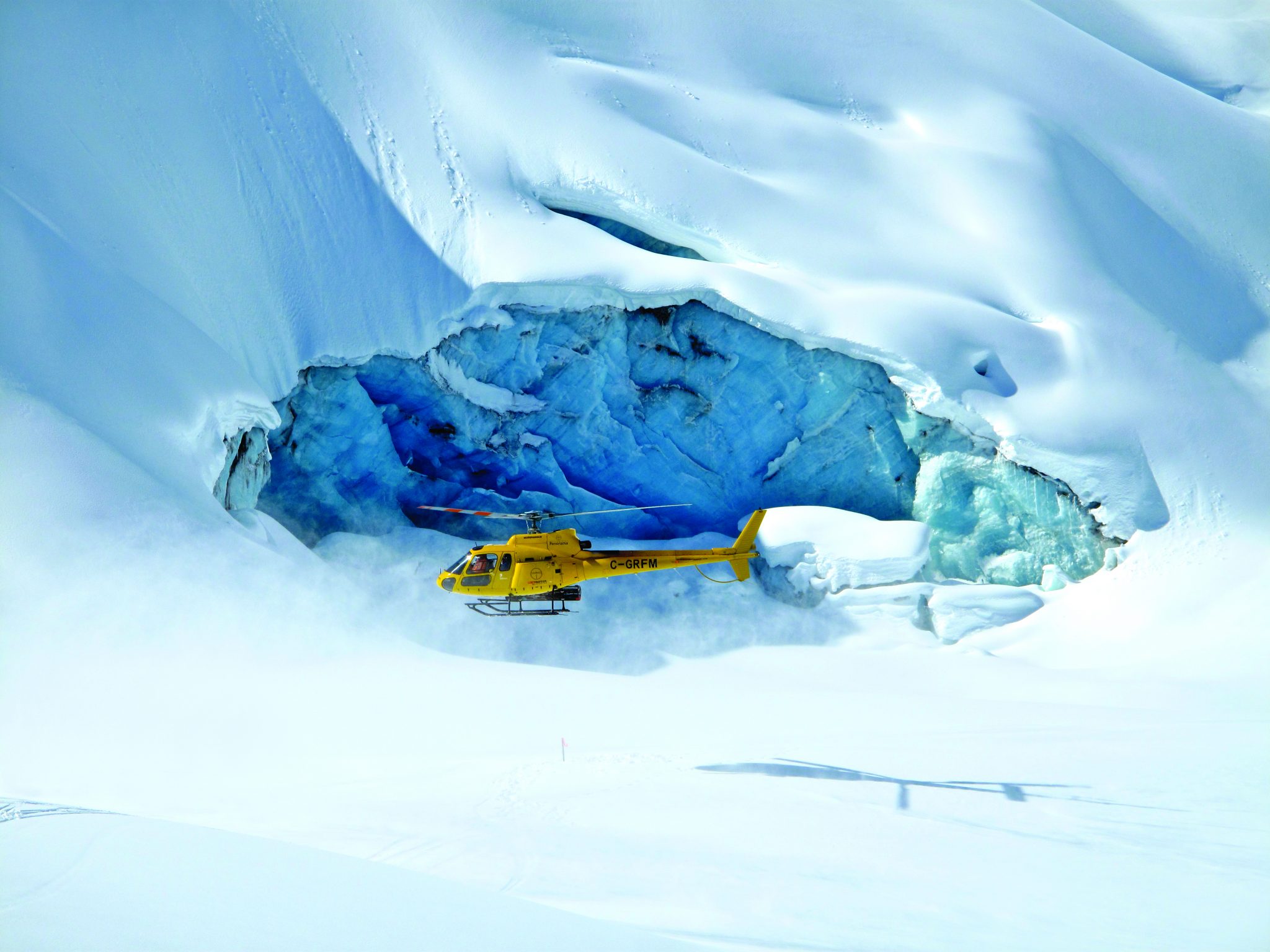 Endless terrain is a label often thrown around loosely, but with 10,100 km, Last Frontier’s tenure in British Columbia is the largest single heliskiing area in the world. To put that into perspective, it’s about four times the average size of traditional heliski areas in the province.

An annual bounty of 15 to 25 metres of snowfall coupled with the soul-searching northern latitude, 1,000 plus mapped trails, and remote back-country peaks means that an expedition into Last Frontier’s ski wilderness delivers the kind of deep blower pow you can’t get enough of–day in day out. The longest trail tops 2,000 vertical metres, with fresh snow at every turn, and according to the guides there are still undiscovered and un-named areas if you’re crazy enough to try and find them. 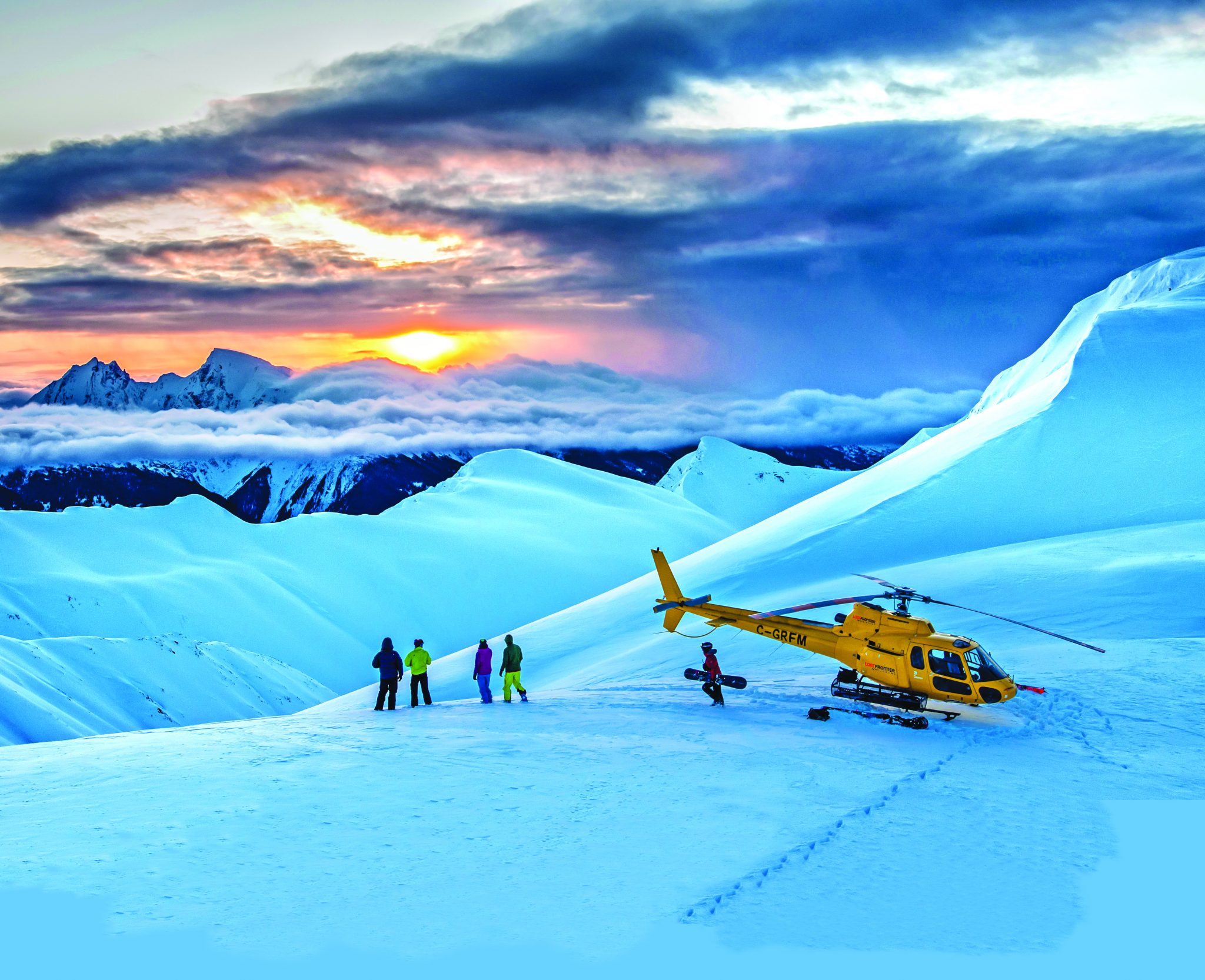 The call of the wild

In the heart of the little ski village, when their adrenaline stops pumping, skiers can soak in the hot tub or sweat it out in the sauna or use of the fitness centre and games room.

During any downtime, there might even be a glimpse of moose by the river or a chance to try snowshoeing, crosscountry and the fat biking trails right out back, as well as archery and skeet shooting. 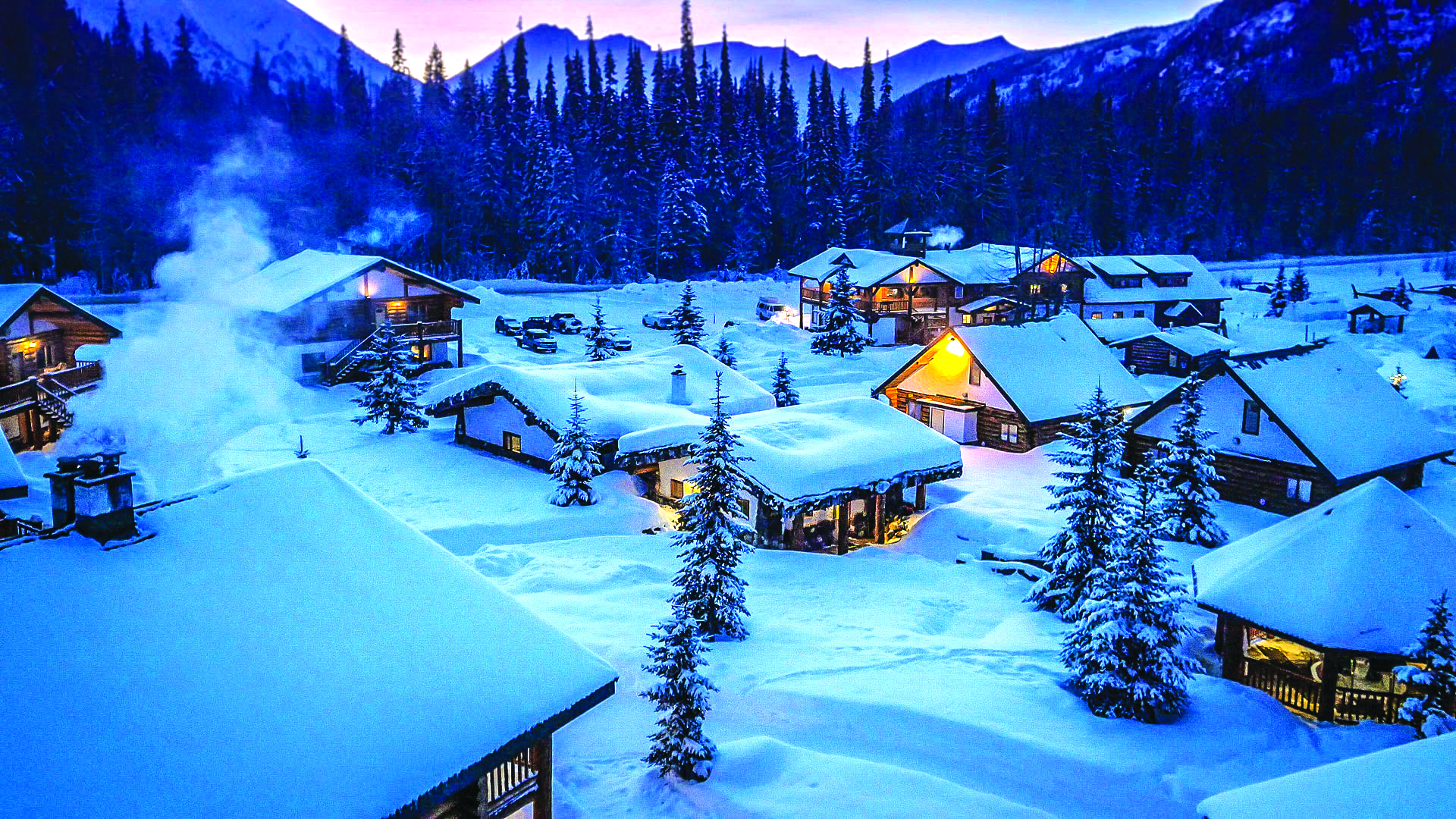 Bell’s sister, Ripley Creek Lodge is ‘in town,’ so to speak. Set in a historic 300-person gold-mining town of Stewart, British Columbia, it offers 24 guests an unusual pied-a-terre. Opposite the Alaskan Panhandle, the landscape is dramatic. Think glaciers and craggy, snow-capped peaks at the head of the Portland Canal with a saltwater fjord that runs 114 km to the Pacific Ocean.

The area’s stunning, yet tough terrain makes up the southern part of Lost Frontier’s tenure. Along the town’s main strip there’s a hodgepodge of funky heritage buildings that were given new life when the lodge was created. No two skiers’ rooms are alike. Choose to stay in a prospector’s house, an old clothing shop, or even a former brothel. Aprés ski, Ripley Creek offers just the bare essentials; hot tub and sauna for the muscles, and soulful food served by the Bitter Creek Café across the street. The Café conveniently doubles as the lodge bar. During downtime visitors can grab a bike and explore Stewart’s quirky back streets, check out the museum or even cross the border to Alaska to get Hyderized… a local tradition with two of the town’s bars issuing certifications to patrons who consume a shot of 151 proof (75.5% alcohol) called Everclear.

Set in the northern wilderness of British Columbia, it’s a trek to what feels like the edge of the earth but once you’re there, Last Frontiers isolated tenure becomes your private playground.

Home on the Range