Some courses are once in a lifetime, others become favourites. Whether it’s a stunning location, an iconic  designer, or a combination, setting out with a good caddy to play one of  these courses is worth writing home about.

While we really shouldn’t travel right now, a little birdie told us that it might be fun to ogle a few golf destinations and dream about hitting the greens post-pandemic. Here are a few of our favourites for perfecting your putt and practicing your swing:

Edgewood Tahoe, Nevada
Championship calibre memories: A clear frontrunner, this George Fazio-designed public course comes with natural marvels, stunning views and great golf. Located in Stateline in northern Nevada, you’ll play at an altitude of more than 6,200 feet on the shores of a majestic, Alpine Lake. From the first hole to the last, it’s a challenging but fair course with four sets of tees ranging from 5,567 yards to 7,555 yards. Since the late sixties, Edgewood has captured the imaginations and tested the mettle of golfers of all skill levels from around the globe. It’s also home to the American Century Championship and has welcomed some of the biggest names in the game. Players like Tiger Woods, Arnold Palmer, Phil Mickelson, John Daly, and Lee Trevino have all teed up here, adding their masterful strokes to this mighty legend on the lake.
edgewoodtahoe.com 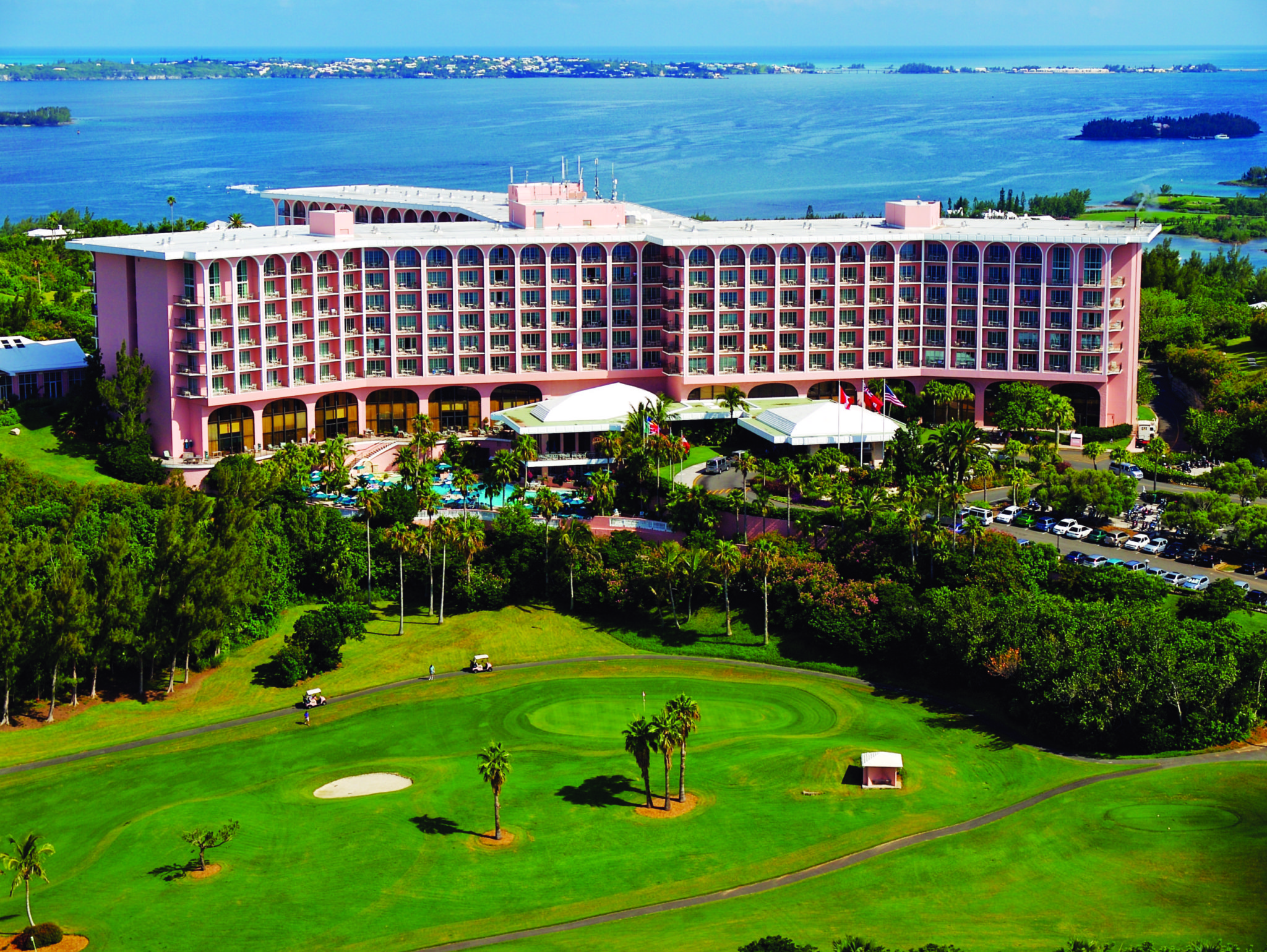 Turtle Hill, Bermuda
Dark and Stormy: This island is a golfer’s paradise, with ideal weather and more golf courses per square mile than anywhere else in the world. But it’s the 18 holes at Fairmont Southampton’s Turtle Hill Golf Club that come up trump time and again. With views of the Atlantic along the fairways and a reputation for the Dark and Stormy Par 3 Championships, (named after the national drink); Turtle Hill is the perfect course for golfers of all skill levels. Turtle Hill is also pioneering Foot Golf in Bermuda. Played by kicking a soccer ball into XXL golf cups on the golf course in as few shots as possible, it’s a fun activity for the young and young at heart.
fairmont.com

Leopard’s Chase, North Carolina
Another big cat: Leopard’s Chase has taken its place among the elite courses in the region. With five sets of tees for all manner of skill sets, and traversing more than 220 acres of natural coastal terrain, the course is graced with scenic landscapes, scattered with native grasses and plantings that include preserved wetlands. One of the many distinguishing characteristics of this Tim Cate creation is the powerful use of the natural and man-made water features throughout, with the biggest splash of all being on the 18th hole, where the steeply undulating green is fronted by a spectacular cascading waterfall.
bigcatsgolf.com 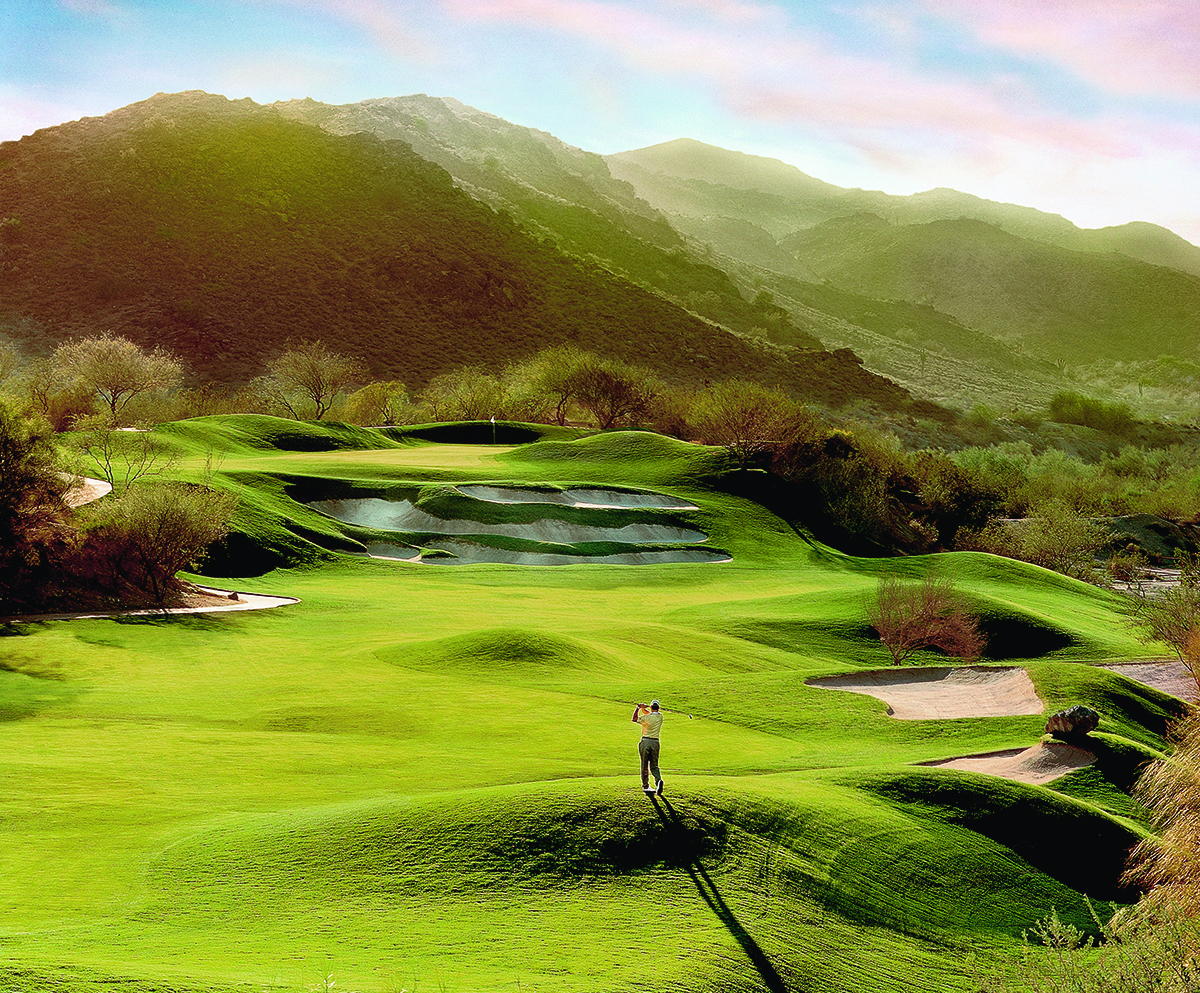 Lodge at Ventana Canyon, Arizona
A pristine 600-acre gated preserve: No list of Tuscon-area courses would be complete without mention of the Lodge at Ventana Canyon. Nestled into the Santa Catalina Mountains, the Ventana Canyon is a lush desert oasis, with each scene more spectacular than the next. The property boasts two 18-hole championship golf courses designed by architect legend Tom Fazio, a country club with lavish membership amenities and an intimate 50-suite lodge. At the highest point of the Lodge’s Tom Fazio Mountain Course, their signature third hole is their prize must play.
thelodgeatventanacanyon.com

The Charm of Music City