As the sun goes down and daylight begins to fade, the melodious call to evening prayers echoes across the valley.

Day is done here in Keemala, on the island of Phuket’s west coast, and an air of serenity takes over. Tucked into the lush jungle hillside and making use of slopes that offer sea views, bubbling streams, natural waterfalls and exotic plants and trees, this tribally inspired wellness retreat is divinely decadent and seemingly remote. (In reality, it’s but 10 minutes to the iconic Patong Beach and 40 minutes to Phuket International Airport.)

Opened in 2015 and recently named the “most romantic hideaway in the world” by travel gurus Mr. and Mrs. Smith, Keemala is also a member of Small Luxury Hotels of the World.

We’re happily settling into our recommended Bird’s Nest Pool Villa, an indulgent 185 m2 treehouse with a large outdoor private pool and terrace, both of which are suspended high above the precious rainforest canopy. Wrapped in Keemala’s trademark serenity, our nest is a guest favourite for its spacious open-concept bed/sitting area, stunning round white canopied bed that looks out over the sea, and grand bathroom with a giant limestone soaker tub and circular shower.

The Bird’s Nest Villas stand out as the most magnificent in a collection of accommodations inspired by ancient lifestyles and designed around unique topographical conditions by architectural designer Sermsuk Kitcharoenwong and his Bangkok-based team, alongside Pisit Aongskiltong from Pisud Design Company. The designs of the villas tell a tale of four fictitious clans of the island of Phuket’s ancient settlers, with the opulent lifestyle of the “Rung-Nok” tribe inspiring the design of the Bird’s Nest Pool Villas.

Seven Tree Pool Houses represent the “We-Ha” people, who worshiped the universe and lived suspended from the trees so as to be nearer to the sky. Then, seven Tent Pool Villas celebrate the wandering “Khon-Jorn” clan and their adventurous, semi-nomadic lifestyles, while 16 tiny, egg-shaped Clay Pool Cottages draw on the story of the agricultural “Pa-ta-Pea” clan. Each villa has its own private pool, which I’m sure would have delighted any clan member. Each day at Keemala is more restful than the one before, promising magical moments for resident honeymooners and spa guests alike. Yoga classes, blissfully healing Thai spa treatments, guided cave meditations and wholesome cooking classes using flavourful herbs from the chef’s garden are all on the menu.

Definitely a sanctuary for enjoying conscientious cuisine, healthy rebalancing and reconnecting with nature.

Getting There: From YYZ to HKG and on to Phuket

Our overnight flight was on Cathay Pacific—non-stop between the hub cities of Toronto and Hong Kong. Conveniently, we were able to catch an easy connecting flight on Cathay Pacific’s sister airline, Cathay Dragon, to Phuket.

While we enjoyed the comfort and luxury of business class, all three classes of service on Cathay are “straight from the heart.” Friendly, discreet and flexible both on-board and at their hub lounges in HKG—The Wing, The Pier, The Deck and The Bridge—Cathay is committed to moving beyond expectations (#movebeyond) with a progressive and thoughtful approach to the customer’s experience.

The Sanctuary by Pure Yoga
A 700 square foot space for stretching, relaxing and rejuvenating. There are two zones: The body sanctuary, where travellers can practice yoga; and the mind sanctuary, where you can meditate to focus and calm your mind.

The new A350
Introduced to the YYZ to HKG route in late October, this aircraft has cabin interiors designed for greater customer well-being, with LED mood lighting and 50 per cent quieter perceived noise levels, as well as larger, high-definition personal televisions and an advanced inflight entertainment system.

OmniPork
This plant-based and more climate-friendly pork alternative is served in The Pier First Class Lounge—an airline first. Beyond Meat is also available.

Sustainability in the sky
It was also nice to learn about how Cathay is paving the way for sustainable practices in the airline industry, with innovations such as sustainable biofuel research, a leading recycling program and its “Farm in the Sky” urban agriculture program on the rooftop of its Hong Kong headquarters. 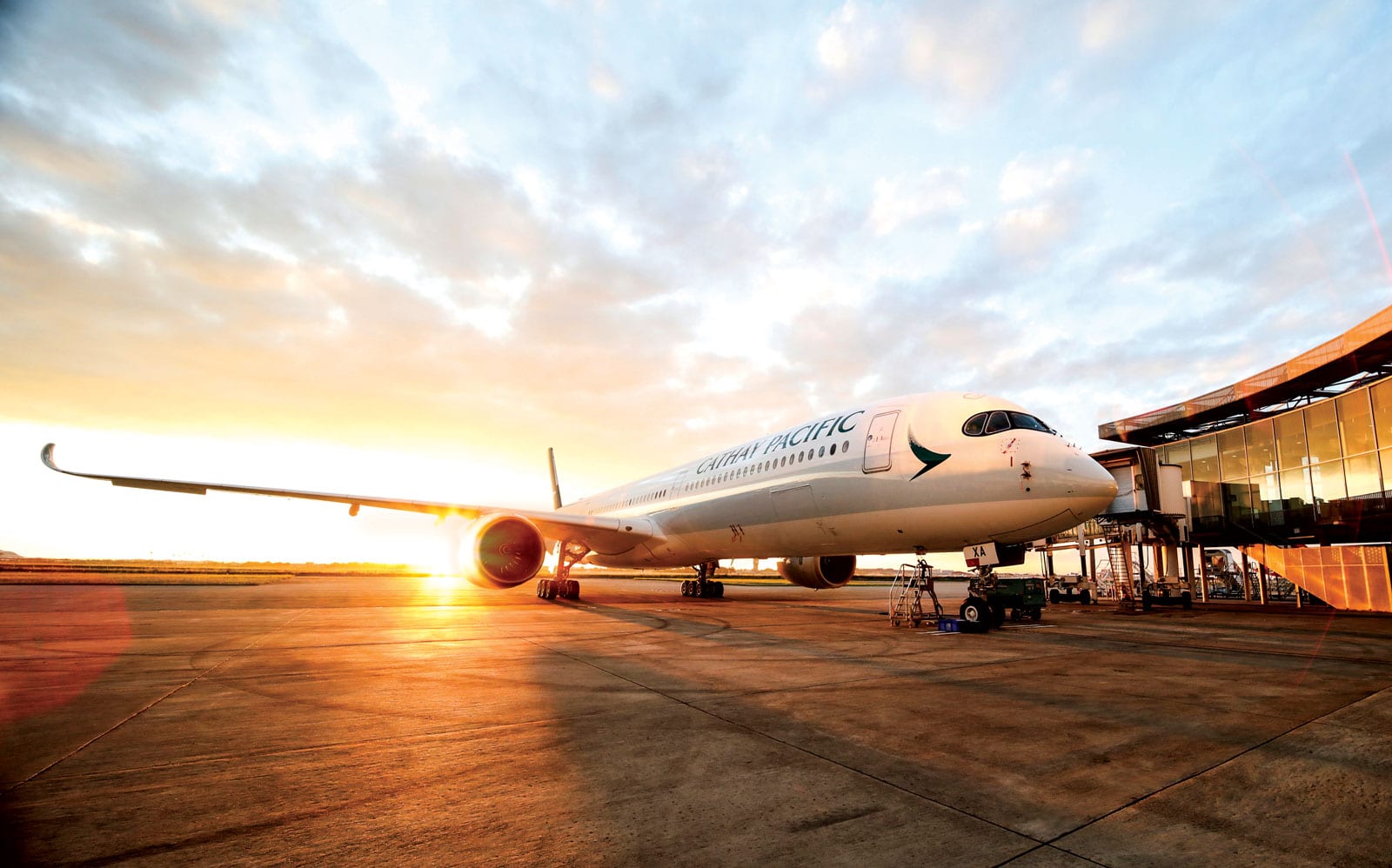 HF’s flights to Phuket were provided by Cathay Pacific.

If you fancy a bit of a change but are unsure where to begin, here are some of the top design tips for the year ahead. 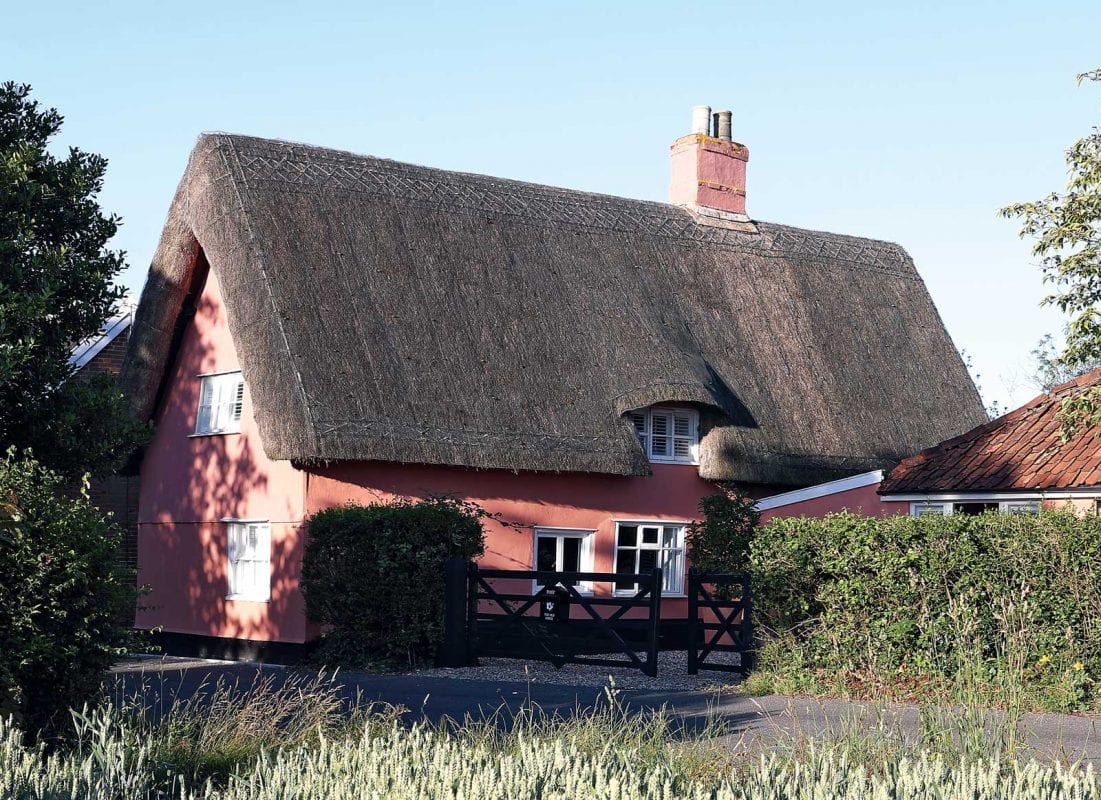 Open the door to Dan Carter’s English country cottage and find hundreds of years  of history celebrated to form a modern weekend retreat.

Ode to a simpler life

It’s been a decade since former magazine editor Karen Roos fell in love with the majestic thick white walls and elegant gables of the Cape Dutch-style farm buildings on one of South Africa’s oldest farms. Curious about crystal healing and the infamous G-shot? Take a peek at our latest spa diary entry. 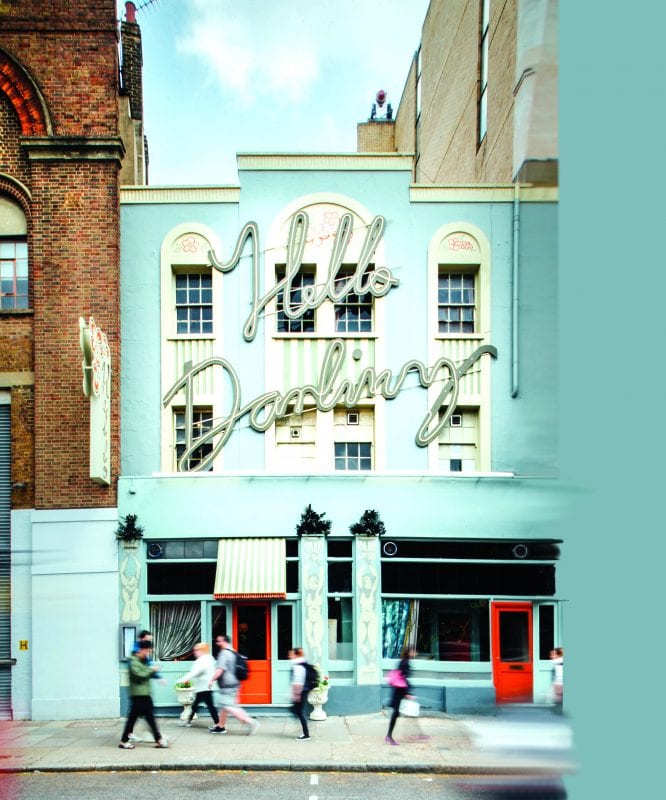 If you’re looking for a spot of whimsy, pop in and say “Hello Darling,” to one of London’s hidden gems.