Out of this world

Scan recent space tourism headlines and you might think that we’re in some kind of time warp into the future. With actor William Shatner, 90, becoming the oldest person to venture into space, Virgin Galactic’s CEO Richard Branson’s rocket plane and Jeff Bezos unveiling plans for a first-ever space business park, we’re definitely in the middle of a modern-day space race. What on Earth is happening here? Yesterday’s science fiction has become today’s science fact: You no longer need to be an astronaut to hitch a ride into suborbital space. While not commonplace yet, 2021 marked a significant step forward in the quest to go where few have been before.

Stars in their eyes
With companies like Virgin Galactic SpaceX and Blue Origin, three of the world’s billionaires have kick-started privatized trips to the edge of space. Their first flights have taken small crews on short rides above the Earth to experience true weightlessness and breathtaking views of our planet.

Cost, length and distance above our planet vary slightly, but expect to pay a few hundred thousand for this thrill ride in the near future—and with all three companies promising prices to become democratized and commoditized over time. A trip that costs about $200,000 (USD) today, for example, could very well be $20,000 a decade from now.

In other words, if space tourism is on your bucket list, it should certainly get more affordable than the reported cost of about $20 billion, paid by seven civilians over the past two decades who travelled on Russian spacecraft to spend a week onboard the International Space Station (ISS). 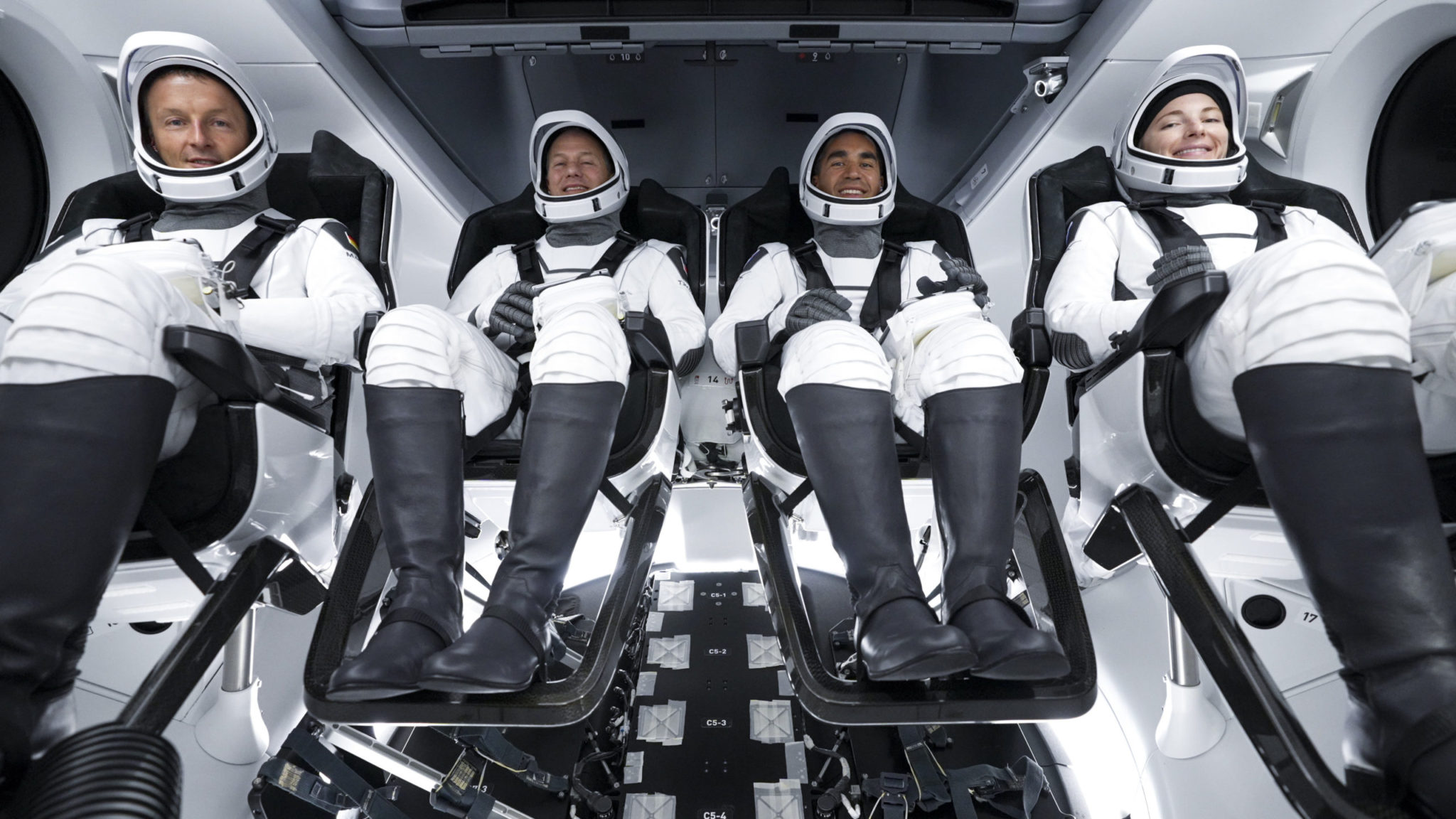 Rocket science
UBS Investment Bank suggests suborbital space tourism has a potential market value of $4 billion by 2030, with similar estimates by space industry consultancy Northern Sky Research. Let’s take quick look at some of the differences between what’s on offer for the privileged few:

Branson: Trading under the ticker “SPCE,” Virgin Galactic’s SpaceShipTwo carries up to six wannabe space cadets and two pilots. It is docked underneath a jet-powered carrier aircraft. With the spacecraft attached, the carrier aircraft takes off from a runway and, after climbing to an altitude of more than 12 kilometres, the spacecraft is dropped (yes, temporarily free-falling) before firing its rocket-powered motor. SpaceShipTwo then ascends to an altitude of roughly 90 kilometres. After a few minutes of this awe-inspiring view, and floating around the cabin thanks to microgravity, the spacecraft re-enters and then glides back to land on its runway in New Mexico (a FAA-licensed spaceport located on 18,000 acres in the desert). The company reuses the spacecraft. 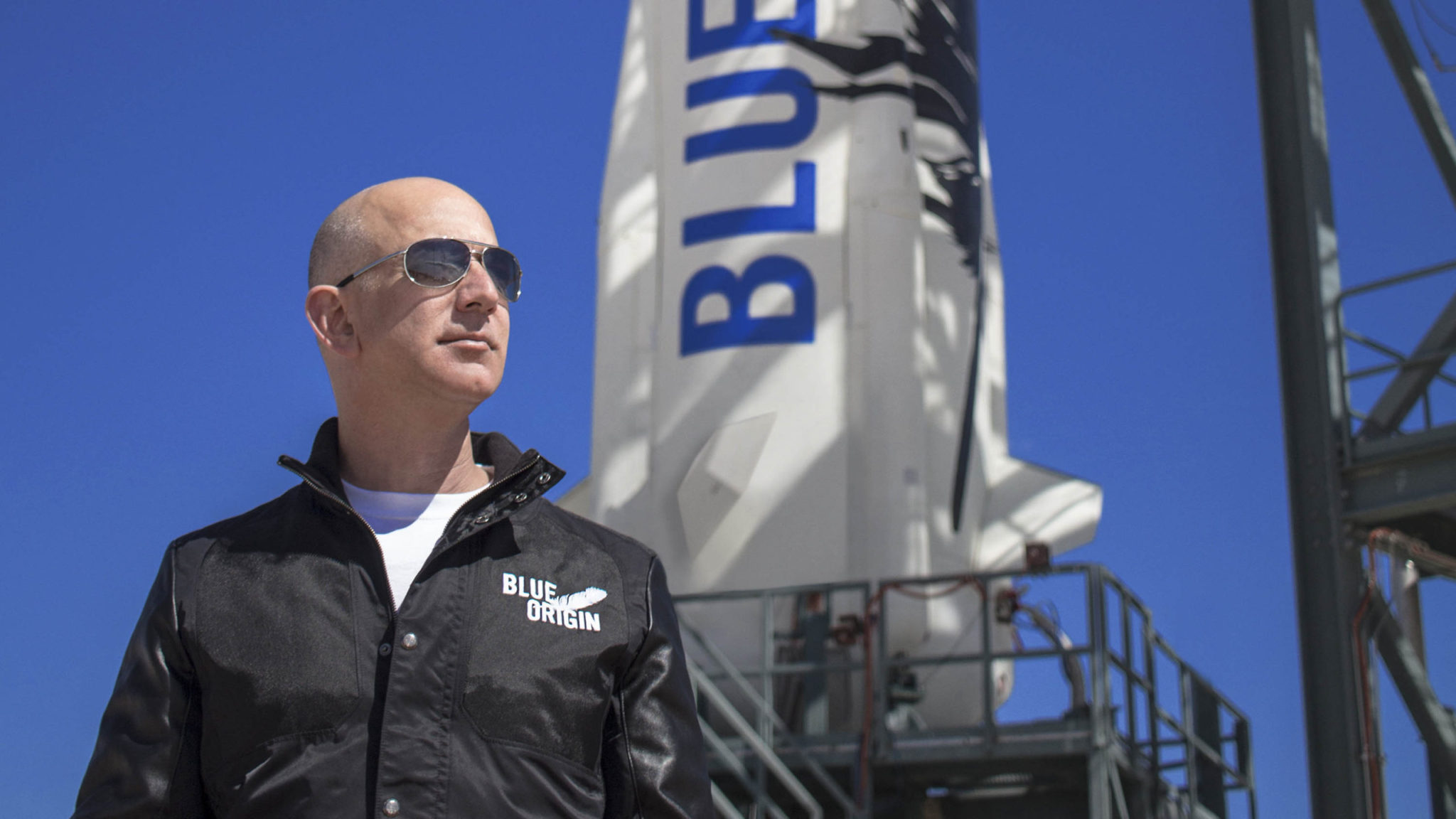 Bezos: Funded almost exclusively by the Amazon founder, Blue Origin’s New Shepard is also rocket-powered and capable of carrying up to a half-dozen tourists, but the private space company’s ride is quite different. A more traditional vertical rocket, it launches with a domed capsule on top of the 60 foot tall booster (yes, its phallic shape has been many a punchline by late night TV hosts). New Shepard ascends straight up into suborbital space, with the capsule separating near the peak of its flight as it reaches an altitude of more than 100 kilometres. After a few minutes of microgravity, the capsule slowly descends to terra firma via a system of parachutes, and lands in the West Texas desert. New Shepard’s booster lands separately, and is reused for future flights.

Blue Origin was the first to take an all-civilian crew into space in July 2021, joined by Bezos. Star Trek actor William Shatner took off in the Origin in October, becoming the oldest person to take the trip, at age 90. Musk: SpaceX is a different animal, but first a bit of history: Musk founded SpaceX in 2002, in part, to develop reusable rockets that would lower the cost of sending people and things into space (inking several government and commercial contracts over the past decade). In 2012, SpaceX became the first private company to send a spacecraft to the International Space Station. In 2020, SpaceX’s Crew Dragon spacecraft actually carried astronauts for NASA to the ISS. This was but eleven months before the US space agency chose Musk’s company to help them land the first astronauts on the Moon since 1972. Now the world’s richest person, Musk wants to use some of his wealth to establish a city of humans on Mars in the coming decades. 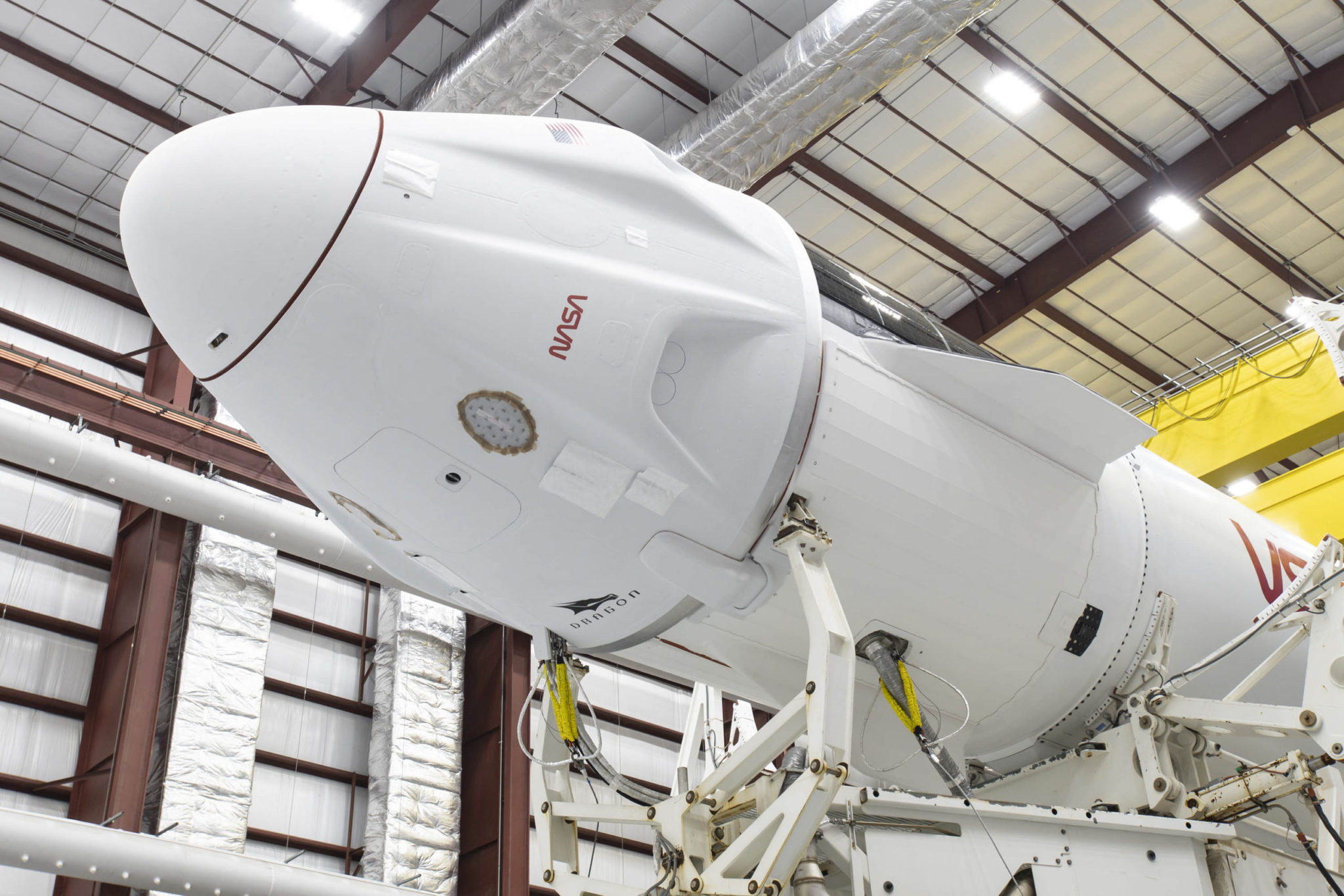 Never say never
Ambitious, yes, and same goes for its space tourism business with each company in the race trying to go farther and spend longer in space than the last. In September of 2021, SpaceX sent four private citizens from Florida’s Kennedy Space Center into orbit (not sub-orbit!), for a three-day trip aboard the Crew Dragon Resilience capsule (which holds up to seven passengers). It sat atop a Falcon 9 rocket booster that hurtled into space on a mission dubbed “Inspiration4.” The fully automated craft circled the Earth at a max height of 590 kilometres—more than five times as high as Virgin Galactic’s SpaceShipTwo and Blue Origin’s New Shepard. Its promise: to give passengers an extended experience of living in microgravity and a view few have seen through a large glass dome added to the craft’s nose that was built in place of its usual docking mechanism.

Resilience splashed down safely into the Atlantic Ocean, just off the Florida coast. Of note, the SpaceX launch system is similar to Blue Origin’s New Shepard, but its rocket is more powerful larger and Musk hasn’t confirmed how much flights will be but my guess is that the price tag will be more than a tad above that of its competitors.

Rocket science
There are other companies in this “space,” as you might expect, including Boeing’s Starliner capsule (also designed to carry as many as seven passengers) and Axiom Space, a Texas start-up that’s offering to take people to the ISS. Rumor has it that actor Tom Cruise who is allegedly shooting a movie in space will be on board. He’s not the first, however, as Russian actress Yulia Peresild, producer-director Klim Shipenko and cosmonaut Oleg Novitskiy travelled to the ISS via a Soyuz MS-18 spacecraft this past October.

Thinking big
Among future plans there’s a space hotel or two (expected to open as early as 2027), commercial space stations, and a “space business park” called Orbital Reef that will float about 500 kilometres above the surface of the Earth, that Bezos’ Blue Origin and a host of partners are proposing. Why not? As Stephen Hawking once said, “to confine our attention to terrestrial matters would be limit the human spirit.” Tribute to Ukraine The Love Tunnel in Klevan, Ukraine gets its name from the dense foliage that envelops the tracks,  perfected over the years by the trains’ movements. For an incredible collection of stunning pictures that capture the beauty of 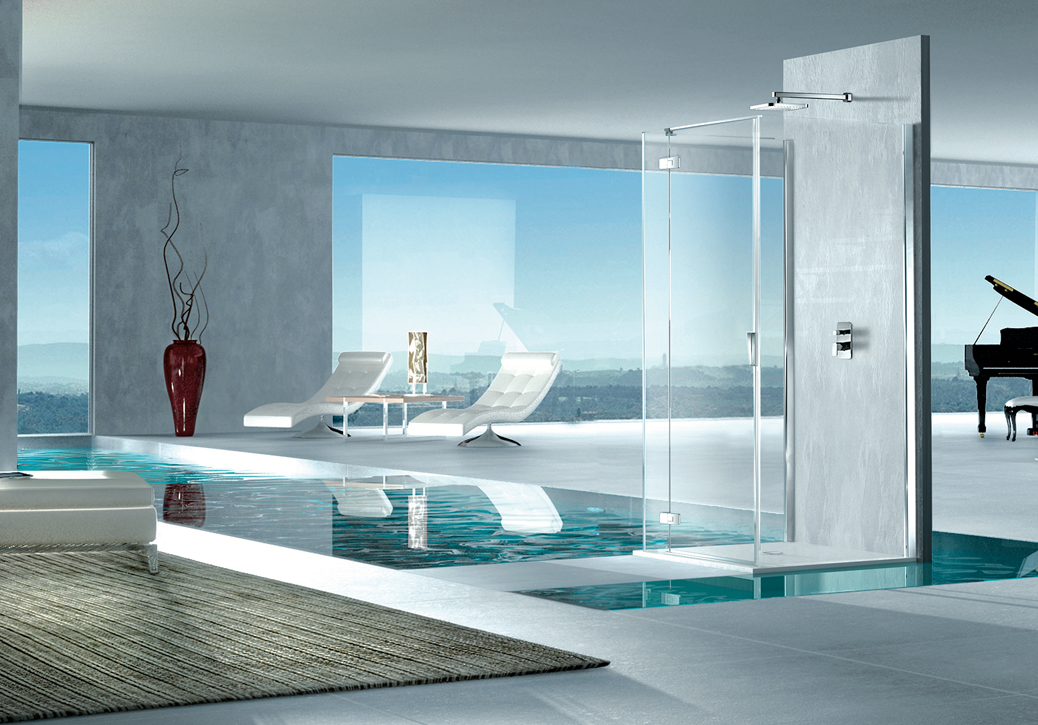 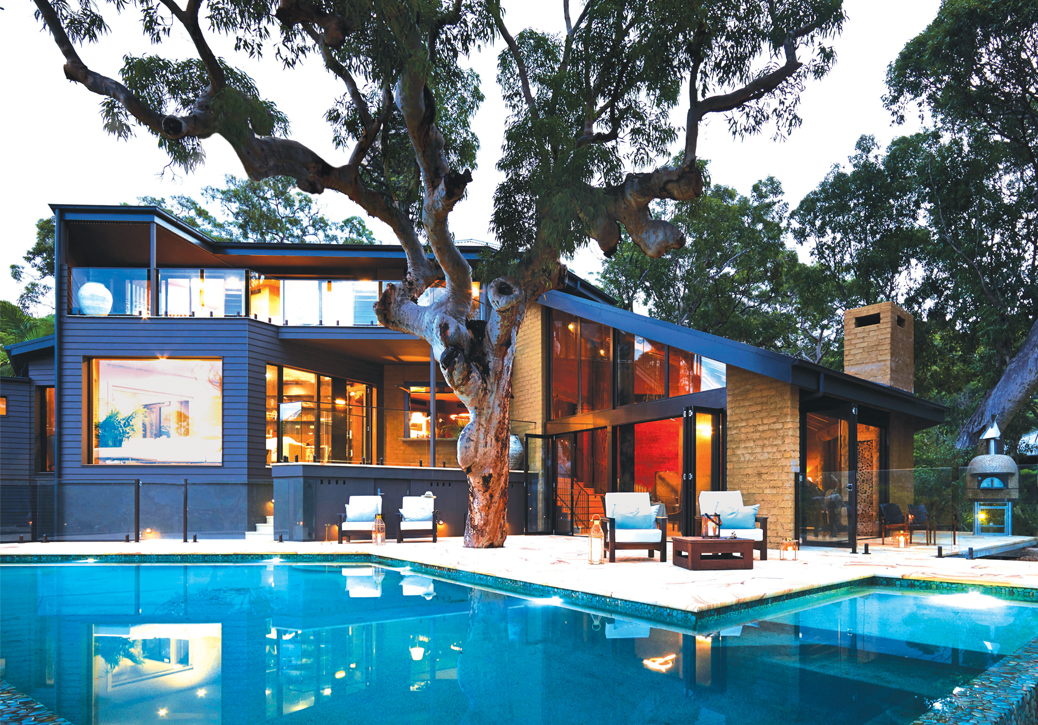 Serenity in the Bushlands

By Kylie MacKenzie Sophisticated, timeless and casually elegant, Pretty Beach House guests come to embrace natural beauty and connect with the earth. Here, heart and soul were the driving force for local artists work-ing tirelessly with owners Karina and Brian 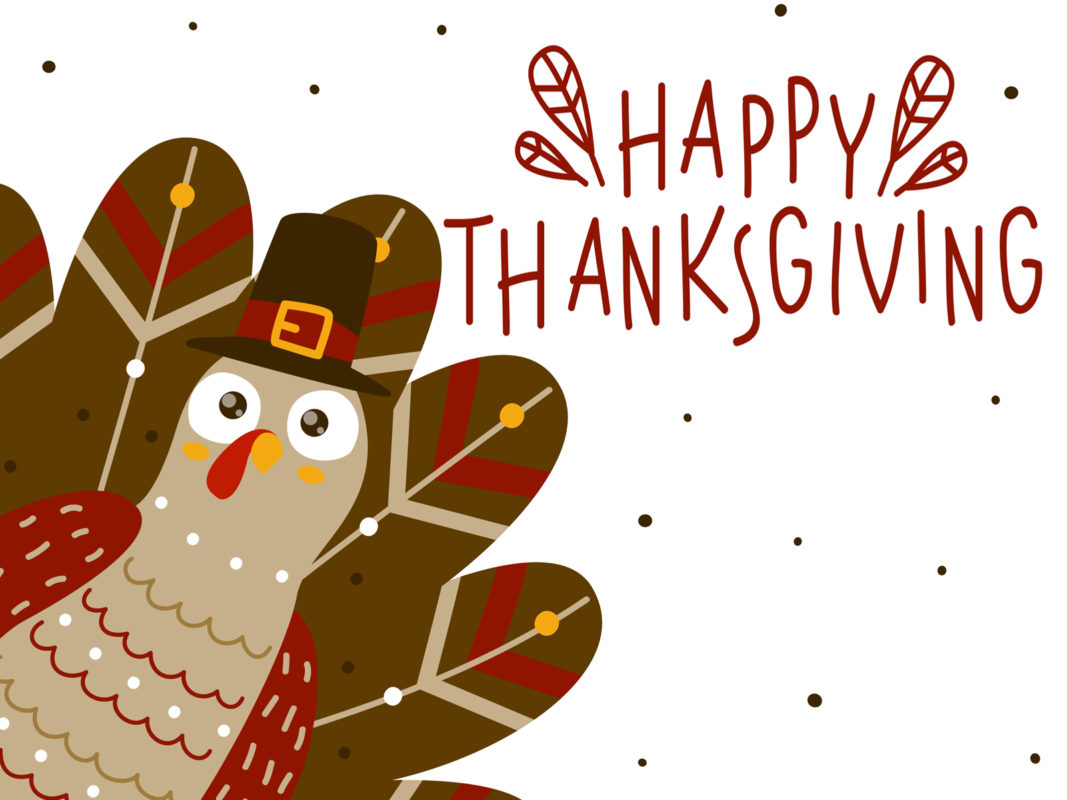 Don’t let the turkeys get you down

As preparations begin for Thanksgiving (or as it’s known in Quebec, Action de Grâce), you’re probably starting to dream of the delicious meal you’ll be cooking up with your family. Gravy, stuffing, and turkey… Oh my! Preparing a scrumptious meal 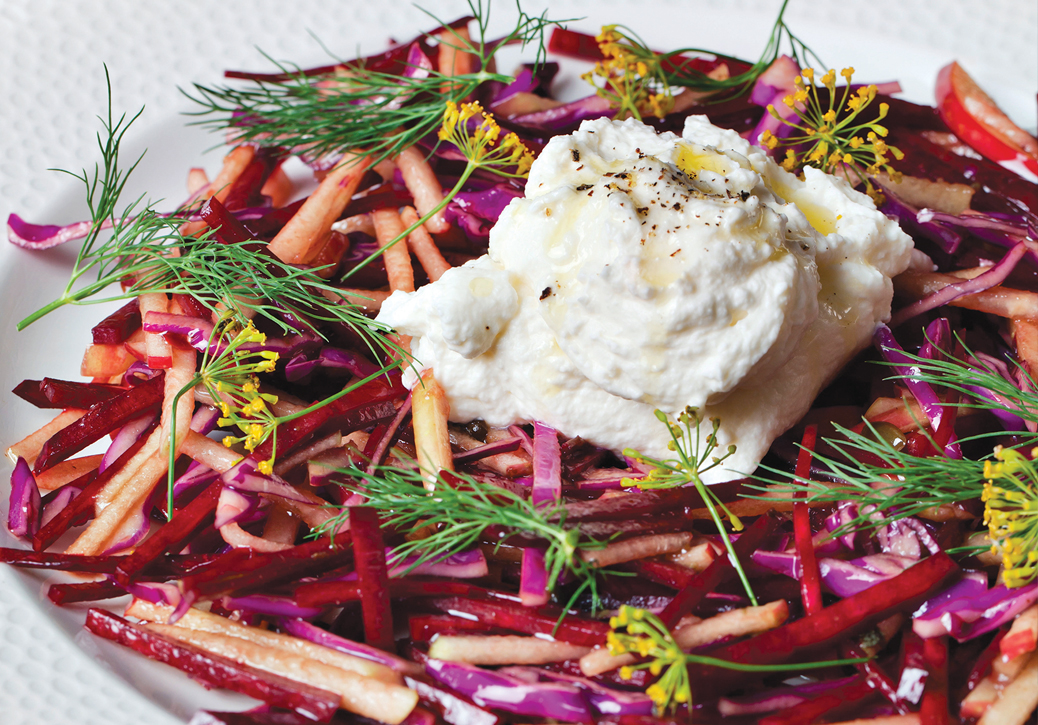 Carlino Restaurant With deep roots in both the Friuli region of Northern Italy and British Columbia, Carlino at the Shangri-La Vancouver is named after the grandfather of the owner. Led by award-winning Chef Mark Perrier, the eateries menu honours the