A tale of two hotels 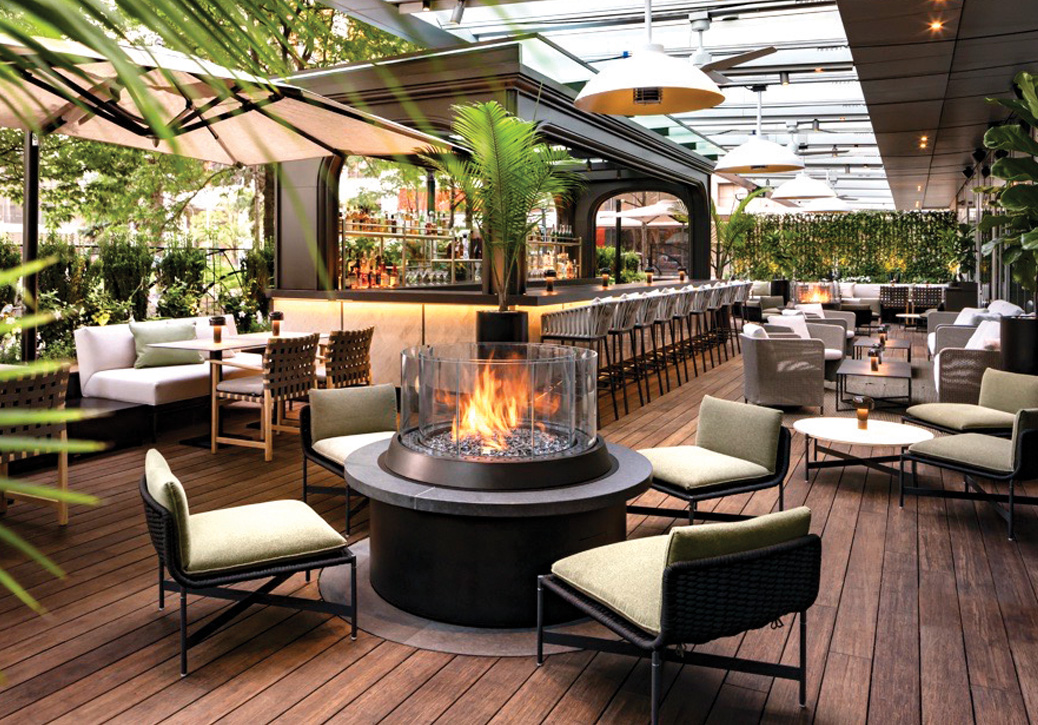 Epoch Bar & Kitchen Terrace
Billionaire Shepherd’s Pie is on the menu at the newly opened Epoch Bar & Kitchen Terrace at Toronto’s Ritz Carlton. Its inspiration springs from UK gastropubs. Fortunately, unlike in Blighty, no old geezers with fox terriers who’ve been sipping too many pints of bitter needed to be evicted during our visit. Nor was the hotel’s slick overarching Hollywood North urbanity banished.

This, says Chef Jeff Crump, is “comfort food” but it’s transplanted, tweaked and burnished in high-gloss style. I try the shepherd’s pie (cottage pie if one wishes to be punctilious about it). It’s unctuous wagyu beef supporting rich egg yolk pureed potato topped with truffle and garnished with wispy strands of crisp shallot. Dare I say, “Wonderful!”

And there is the remarkable Yellowtail fish collar. Possibly an echo of the UK staple skate wings, this is a really notched up version. The collar, just behind the gills, is sometimes given to special customers at Japanese restaurants. Beneath the crispy outer skin Chef Crump has conjured up a world of flavour that’s moist, creamy, and delicate.

The pub classic, Angels on Horseback has literally been transformed. A base of prunes in red wine lifted with blue cheese and grilled. Crump’s Curried Lamb Shank was judiciously enlivened but not overwhelmed by his gentle use of spice. Beware the scrumptious focaccia and sourdough bread baked just a few feet from the diners…it and fresh churned butter is just too addictive and filling. From classics like Fish and Chips to indulgences like Duck Fat Potatoes, this is homely yet exotic food.

Crump is a serious hands-on locavore who until recently ran his own farm, wrote a book Earth to Table Every Day (with Bettina Schormann) and presided over several southern Ontario restaurants.

Jason Griffin who runs the bar has reinvigorated the cocktail. His lychee martini with zingy explosive lychee pearls compliments the decor that nods to art deco. The swirling fog cooled Nitro Martini echoes the drama of an old-time movie set.

The service is impeccable, attentive but never intrusive. This glorious admixture of glitzy UK gastropub food, reimagined classic cocktails set in a greenery fringed terrace is both magical and cosseting. 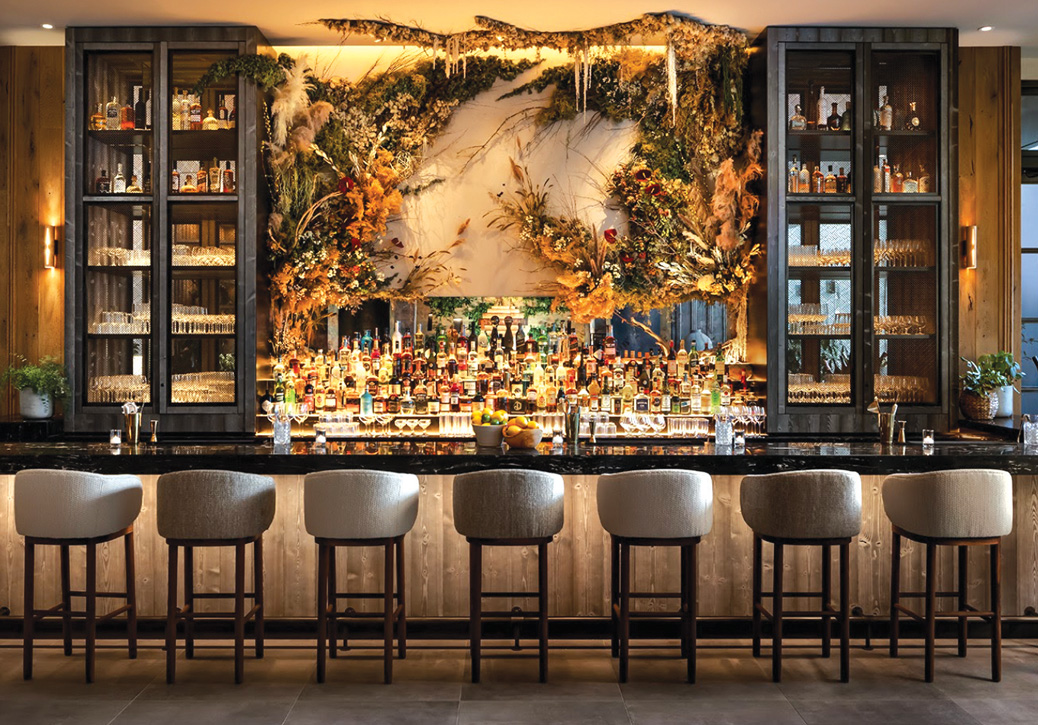 Harriet’s
A world away and around the corner there’s Hotel 1. There are Tesla’s outside, not Rolls Royce’s, but Harriet’s roof top bar shares many of the same locavore, no-waste goals as Epoch. But, I must say, this kicks it up.

There is an immediate warmth to this disarmingly charming new hotel. The lobby is recycled wood and earth tones. As expected, it’s buzzing with a young crowd in the lobby bar on an early evening mid-week. I’m warmly greeted, and after the usual health formalities, whisked up to the 16th floor rooftop where it too is bustling.

I settle down into one of the comfy curved banquettes with remarkable panoramic views over newly edgy King West. Nature plays along with a stunning sunset that tints the downtown buildings and is echoed in the pinkish hued signature JoJo cocktail of vodka, prosecco, and strawberries that I’m brought.

Chef Derek Powers Jr. is giving me a culinary glimpse into the future. Not only farm-to-table, not just sustainability but flavourful eating inspired by those wise elders living long and healthy lives in the world’s blue zones. Clearly, he’s won over the mid-week crowd.

Small plates are his strong suit. Sushi and sashimi arrive on a recycled wood platter—the board makers have whimsically burned only their latitude and longitude into the board. There’s crispy Brussel sprout leaves drizzled with truffle vinaigrette and sweet soy and Maitake mushrooms with garlic aioli, maple soy and pistachio crumble that are wonderfully meaty. The trick, chef tells me, is the quick initial sear to remove moisture.

I follow that with the Fogo Island cod. This is cod as it should be, buttery and rich with a zing of spice from the grated ito togarashi Japanese chili.

I forgo the $1,000 organic Beluga caviar but indulge in a creamy lobster taco which does have a sprinkling of caviar. Who said sustainable had to be hair shirt and dull?

To complement the inventive cocktail menu is a wine list featuring organic wines and a sprinkling of biodynamic wines.

I didn’t leave anything but were there to be any waste here, it’s composted and turned into soil for the hotels 3,000 native houseplants. 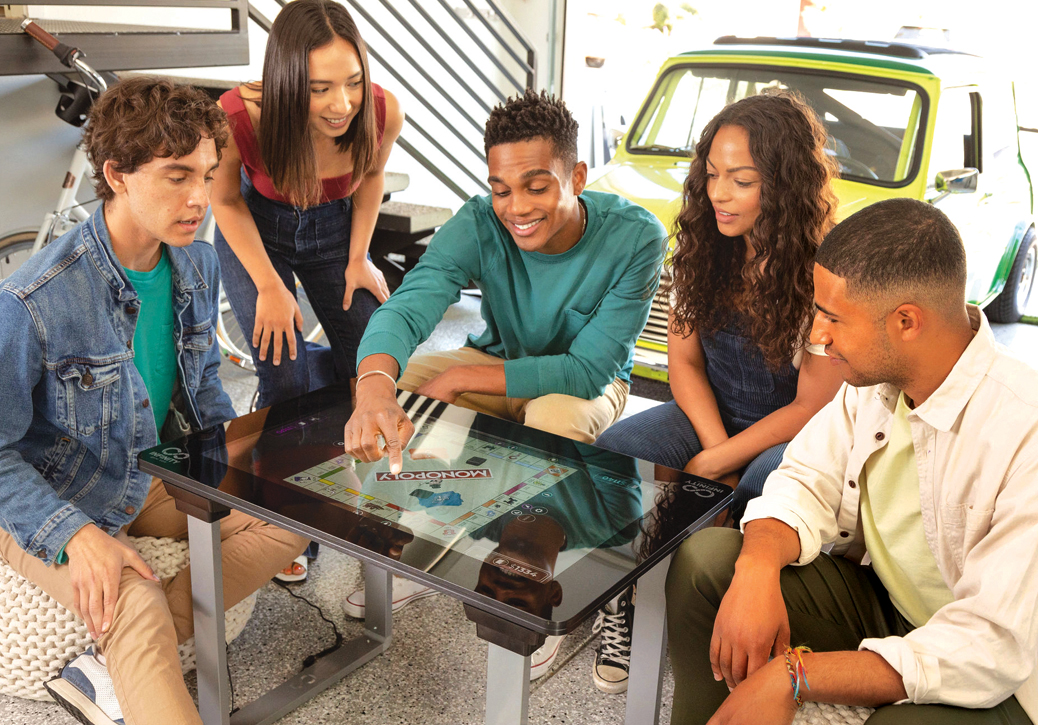 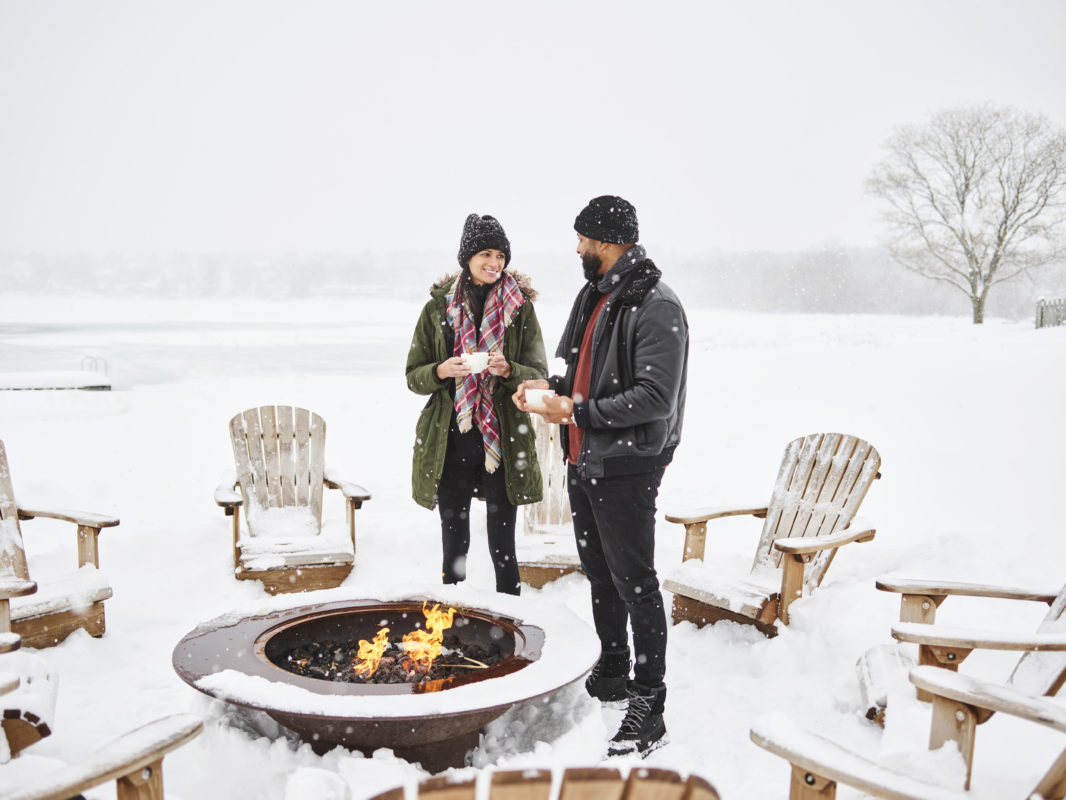 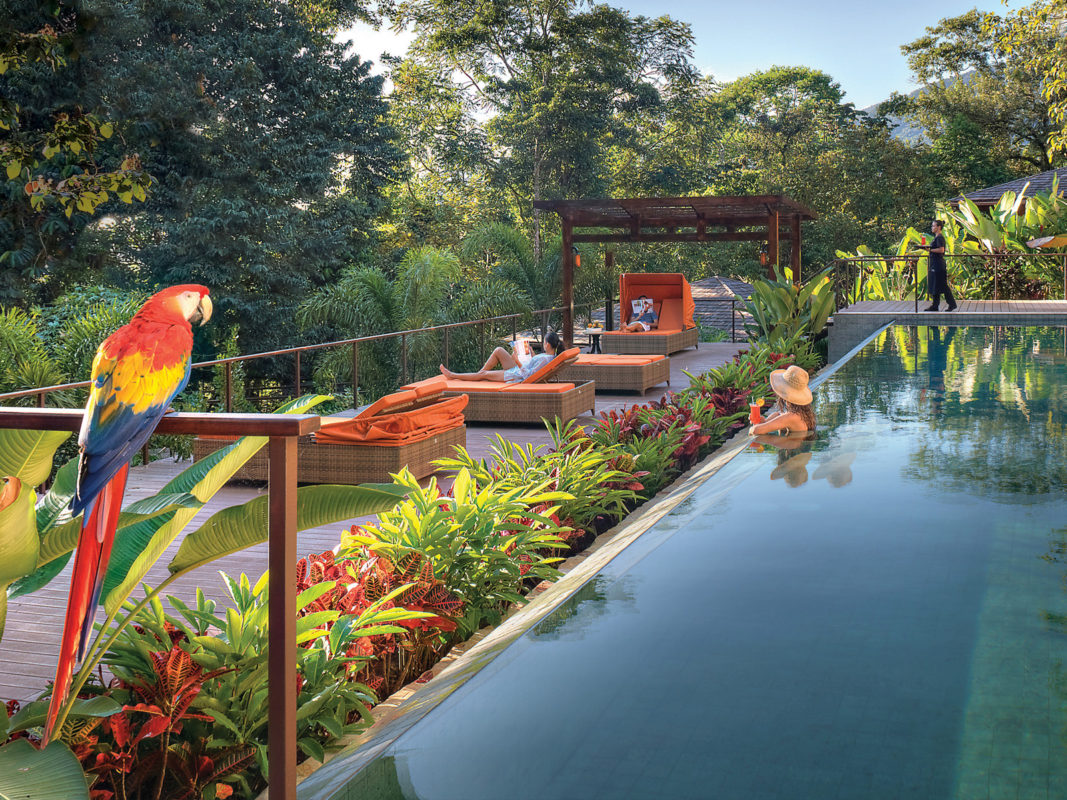 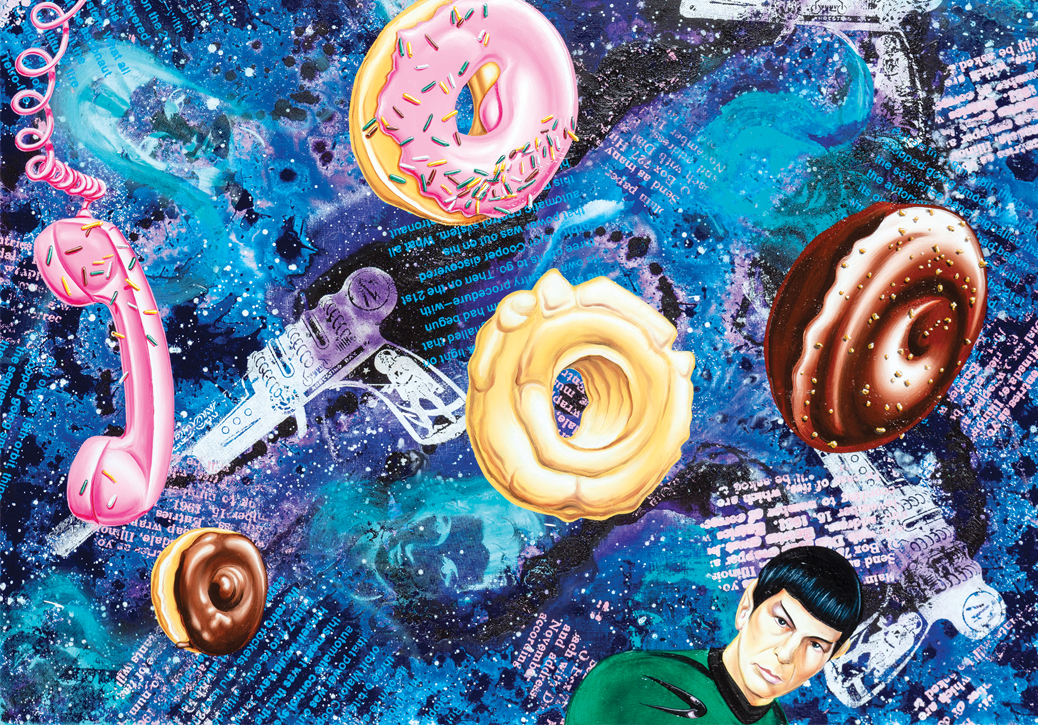 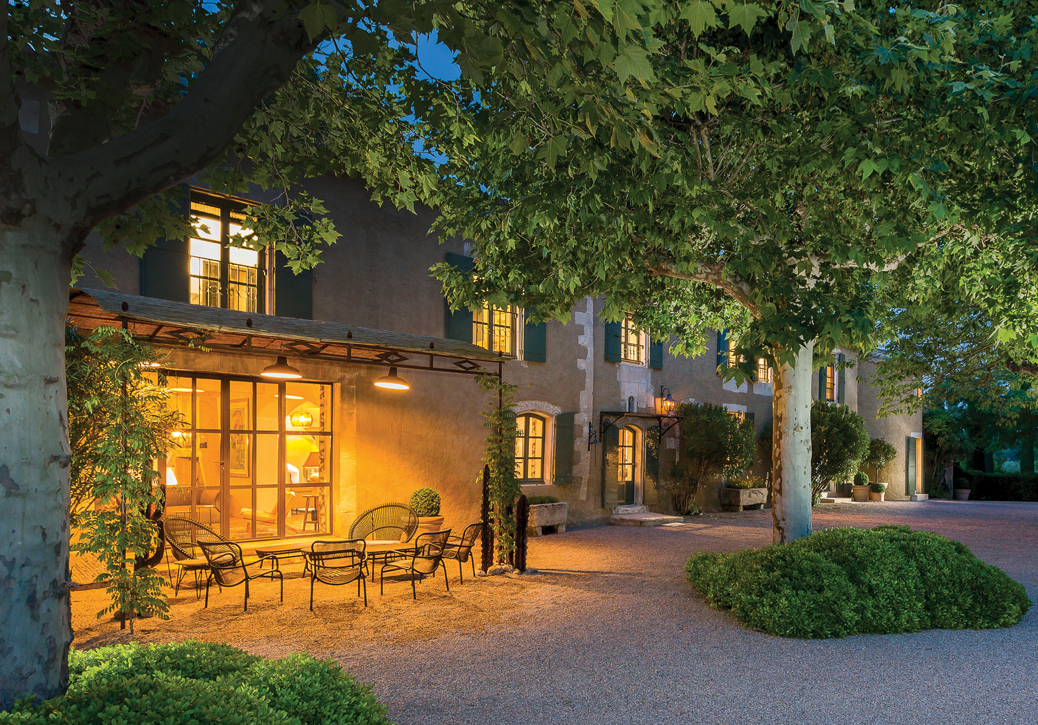